The Shack, Is Genesis History, and the False Dichotomies in Christian Films 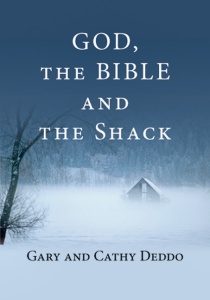 God, The Bible and The Shack is a short pamphlet, designed to help readers of W. Paul Young’s The Shack navigate through some tough theological issues.

In the study of logic, a false dichotomy is when only two options are presented, either believe this or that, even though there might be yet a third option available. The fallacy of the false dichotomy is that it excludes other reasonable alternatives.

I really hope I am wrong. But sadly, it appears that several recent Christian films (and their associated books) are trying to exploit certain false dichotomies that are increasingly popular in the church today.

On one side, stands something like Del Tackett’s Is Genesis History?, blogged about several times here on Veracity (#1, #2, and #3). According to some reviewers, such as Alan Shlemon at Stand to Reason, though there are some very positive elements in the film, Shlemon thought that Is Genesis History? plays into the notion that the church is divided into two different groups: the sole defenders of the Bible, who unswervingly hold to a view of the earth as being young, around 6,000 years old, versus compromised Christians, who undermine the Bible by accepting anti-Christian, scientific evidence of an earth that is millions of years old. Of course, Del Tackett, in an admittedly kind, warm and unassuming way, urges Christians to pursue the first option, and shun the second.

For Del Tackett, the question of, “Is Genesis History?,” is of great interest, in terms of the age of the earth. But it is often a misleading question. “Is Genesis True?,” is a much more profound and disturbing reality to consider. Alan Shlemon rightly sees the fallacy here, regarding the fundamental argument from the movie as a false dichotomy.
END_OF_DOCUMENT_TOKEN_TO_BE_REPLACED