The Book of Malachi: In Seven Minutes

Here is the last in our summer series of videos on the Minor Prophets, from the Bible Project.    Be sure to dig into their other videos, at their YouTube channel!! Alas, the very last book in the Old Testament, the prophet Malachi.

Leave a comment   |  tags: book of malachi, the bible project | posted in Topics

Is the Church “Joel’s Army?” 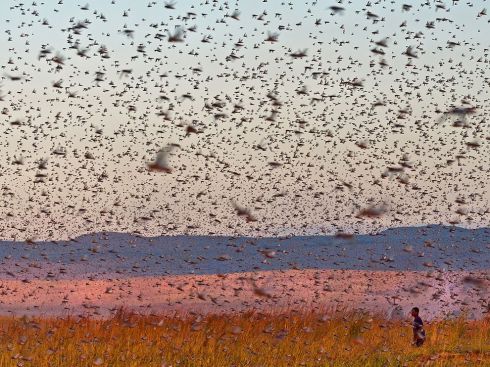 Locust swarm in Madagascar, as in the days of the Book of Joel. A sign of judgment against God’s people, or a symbol for the church?

A popular worship song, “Blow A Trumpet in Zion,” is taken from Joel 2, describing a terrifying army, raised up by God. Though I have sung it countless times, I never really thought about what it really meant, in the Bible.

For years, I had been taught that this “army,” otherwise known as “Joel’s army,” represents the church, faithful believers in the “last days,” living in “victory,” who are to be raised up by God, to restore genuine worship, among God’s people. It is a very stirring image. But the problem with this interpretation is that it ignores the context of the passage.

As Craig Keener, New Testament theologian at Asbury Seminary, demonstrates, the lyric lifted from Joel 2:9, “They rush on the city, They run on the wall,”  is not about a “victorious” church, but rather, the instrument of judgment against God’s people. The theme of the Book of Joel is about God’s warning of judgment, against a disobedient people, expressed in terms of “the day of the Lord” (Joel 2:1), followed by a word of hope for God’s people, assuming they indeed repent (Joel 2:18-3:21).

Furthermore, the army, as explicitly described in Joel 2:25, are not believers. Rather, it is actually a great horde of locusts, following a series of previous locust attacks, as described in Joel 1.  God’s people had been disobedient, so they felt the hand of God’s judgment, through these locust attacks. Joel, in chapter 2, then warns of an even greater locust plague. To “Blow the trumpet in Zion, Zion,” is therefore the call to God’ people, to repent, and turn their hearts towards God, in order to avoid God’s great plague of locusts against them.

You could draw an analogy, that this locust plague also represents the Babylonians, a “great and powerful people” (Joel 2:2), as sent by God, to judge the Hebrew people, thus leading to the exile of the Jews, to Babylon. Some even find a parallel with the plague of locusts in Revelation 9:7-8, possibly representing a future human army. But taking the further step of equating the locust plague with a victorious church, is really a distortion of the text. For Joel, God’s people are under judgment, so it makes no sense to make God’s people as being instruments of judgment against themselves.

A popular movement of some Christians, particularly in a few Pentecostal and charismatic circles, is to take this idea of “Joel’s army” as being a group of believers, who exercise the hand of God, to restore God’s “true” church, in the “last days” before Jesus’ Second Coming. This teaching is often associated with the “Latter Rain” movement, or the “New Apostolic Reformation (NAR).”  This elite, or so-called “victorious,” group of Christians will then act to rebuke what they consider to be “apostate” Christians.

The problem with thinking like this, is that it is very easy to identify your own group as being among the elite in “Joel’s army,” looking down upon other believers as being less “spiritual” than you are.  Instead, the antidote to this type of thinking is to learn to read Scripture more faithfully, and read it within its original, literary context.

The Book of Joel has much to teach us today about heeding God’s warning of judgment against a shallow Christianity. God will call all people to give an account for their lives, so we must all be mindful that even though God is indeed Loving, He is also a holy and righteous Judge. So, for now on, when I sing along with “Blow a Trumpet in Zion,” I hope it will cultivate a sense of sobriety in me, a re-examination of myself, and not a presumptuous, false sense of so-called “victory.”

The Book of Joel: In Seven Minutes

Some say that this week’s solar eclipse might have been a “sign” from God, as prophesied in Joel 2:31. Get the real story about the Book of Joel from the folks at the Bible Project, with another installment of visual illustrations, for better understanding of the Minor Prophets. 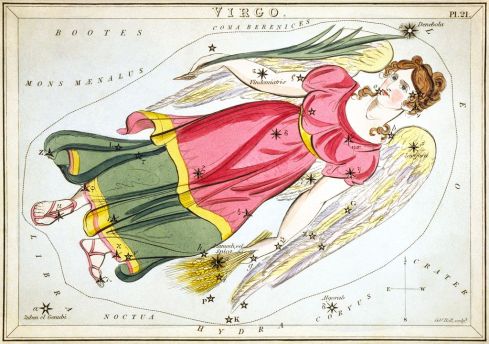 The constellation Virgo. Foreboding a fulfillment of the Book of Revelation, of the “woman clothed with the sun?” I think not.

Some folks have a bit too much time on their hands.

We had the whole four blood moons tetrad thing, a few years ago. Then we had the “mystery of the Shemitah.” Now, coming September 23, 2017, we have the fulfillment of the “Revelation 12 Sign.” Falling close to the heals of today’s, August 21, solar eclipse, across the U.S., some even see this as signaling “the Rapture” of the church.

This latest “End Times” fad has an informative writeup now on Wikipedia. Basically, the constellations Virgo and Leo, along with the sun, moon, and a bunch of planets, are going to be in alignment, and this is supposed to fulfill a kind of prophecy in Revelation 12:1-2:

“And a great sign appeared in heaven: a woman clothed with the sun, with the moon under her feet, and on her head a crown of twelve stars. She was pregnant and was crying out in birth pains and the agony of giving birth.“(Revelation 12:1-2 ESV)

I want to get out ahead of this thing a bit and make my own prediction: NOTHING IS GOING TO HAPPEN.

Or to put it more accurately, if something prophetic is going to happen, (and it always could, as Jesus told us that the Son of Man does not even know the time), it will have nothing to do with astronomical phenomena viewed through some sketchy interpretations of the Bible. As with the four blood moons tetrad and the “mystery of the Shemitah,” prophecy predictions like this have a 100% failure rate.

This should be pretty obvious, but in our era of “fake news,” it seems like almost anything is believable. If you think I am just an unbelieving naysayer, do not take my word for it. Look into some detailed rebuttals to the whole “Revelation 12 Sign” business and get the scoop:

As folks today (August 21, 2017) step outside to try to catch a glimpse of the Great American Eclipse, some might want to tie this eclipse together with the September 23, “Revelation 12” sign, as predicting some type of prophetic event, warning of God’s judgment. The Bible has plenty of warnings of God’s judgment, encouraging folks to get right with God. My advice is that believers should turn those speculative conversations around, and simply take in and celebrate the wonder of God’s creative majesty on display today.

I do not plan on braving the traffic down in South Carolina today, but if anyone is planning to go to view the eclipse, in its totality, save some photos and upload them to the blog, will ya??

The Book of Haggai: In Five Minutes

The Book of Haggai is a short-read, only two chapters. The folks at the Bible Project, give us another installment of visual illustrations, to help us understand this particular book from the Minor Prophets.

Leave a comment   |  tags: book of haggai, the bible project | posted in Topics