Why Many Americans Are Leaving Faith Behind

One out of four Americans now describe their religious affiliation as being “None.” What is behind this shift in American spiritual demographics? (credit: PRRI, at http://prri.og)

I do not know about you, but most of the people I interact with on a day-to-day basis, live their lives as though faith in God does not matter. Sure, a number of them go to church, but what happens on Sunday makes little to no difference with what goes on the other six days a week. Now, a growing number of people I know have given up on the pretense about faith: they simply describe their faith, or “religious affiliation” as being “none.”

A recent survey conducted by PRRI.org, a Washington-based research group, observes that the number of those who consider themselves as being “religiously unaffiliated” has grown to its highest level in American history. Young people below the age of 18 are more likely to abandon their faith than others. But even more startling is the conclusion proposed by PRRI: most of these unaffiliated persons will probably never return back to their childhood faith.

Here are the primary reasons listed as to why these Americans are leaving their faith (some leave for multiple reasons):

In particular, the survey notes that those who come from families that experience divorce are more likely to become disaffiliated from their faith than those from traditional family structures.

Have you noticed this growing trend among your coworkers, neighbors, and family members?

Final Update to the ESV?… Well, Not Exactly

Here on Veracity a few weeks ago, we noted the decision by Crossway, the publisher of the English Standard Version (ESV), that they had finally produced a permanent edition of the text of ESV Bible translation. However, Crossway has just announced that they have reversed this decision.

Have you ever wondered what it is like to listen in as Bible translators go about making decisions on how to translate a verse of Scripture? The following 4-minute video is an example of discussion by the ESV translation committee about I Corinthians 7, with respect to changing the word “slave” to the word “bondservant.”

And “finally,” here is a very extreme view expressed by a King-James-Only advocate, Steven Anderson, an independent Baptist pastor in Tempe, Arizona, arguing why modern translations, like the ESV, “the NIV, the NAS[B], the RSV, [and] the SUV,” tamper too much with “changes” to the Bible. Conspiracy theory at its most “entertaining?” View at your own risk.

Timeline showing where the En-Gedi scroll fits in, relative to the Dead Sea Scrolls and much later discoveries of the preserved Hebrew Bible.

In the early 1970s, a team of Israeli archaeologists uncovered the charred remains of a scroll at an ancient synagogue in Ein Gedi, in Israel. Unfortunately, the rolled up scroll was so heavily damaged, that it was impossible to unroll and decipher it without destroying the artifact…. until now.

A computer scientist at the University of Kentucky, Brent Seales, has developed a technique that essentially performs a series of CT scans, that could recover the ink markings from inside the scroll, without having to physically unwrap the delicate object. Inside the scroll, that dates to about the 3rd century A.D., researchers were finally able to read the first eight verses of the Book of Leviticus.

These verses correspond exactly to the ancient Hebrew text, the Masoretic text, preserved by the Jewish community since the medieval period. This would make the En-Gedi scroll the most significant find of Old Testament Hebrew writings, second only to the Dead Scrolls… Read about the geeky side of the story here.

When A Jew Rules the World: Joel Richardson’s Defense of Future Israel, An Extended Review

Prophecy teacher and author, Joel Richardson, makes a measured yet passionate plea for a premillennial view of the End Times, that includes a definite future for ethnic, national Israel. But hold onto your Bible: Is this an antidote to Christian Antisemitism?

And now, time for an in-depth book review… so pour yourself a beverage, before you dive in…

According to New York Times bestselling author, Joel Richardson, the answer is “yes.” Joel Richardson is a fairly young, articulate spokesperson promoting Christian Zionism, hosting an Internet biblical prophecy program, “The Underground.” Joel Richardson travels widely in the Middle East, with a genuine excitement about God’s mission to proclaim the Gospel in that part of the world. He is passionate about keeping Christians informed about the Middle East through various books and films. Nevertheless, Joel Richardson is deeply concerned. In a promotional advertisement for Richardson’s 2015 book, When a Jew Rules the World: What the Bible Really Says About Israel and the Plan of God, we read, “In the past thirty years, the trend among American evangelical’s view of Israel has shifted dramatically.”

As Richardson’s ad continues on later, “A new generation of Christians are not only turning away from traditional support for Israel, but from the very belief that there yet remains any ongoing calling and election upon the Jewish people. As this portentous shift is seen on a growing number of evangelical seminaries, and even on Facebook, are Scripturally-grounded Christians prepared to provide solid responses?”

Prophecy teacher Joel Richardson impresses me as an articulate, well-informed defender of an Israel-centric view of the End Times, which stands at the heart of the concern over “replacement theology.” This is a hard-hitting book, and it deserves wider exposure, for those not familiar with the arguments proposed by folks like Richardson. But I would be careful before you raise the issues that concern Richardson in your small group Bible study. For example, in that same Richardson ad, there is also an extraordinary claim: “There is a sudden rise of anti-Israel and anti-Semitic sentiment among Christians today. ”

There is? Really? In the wider culture, I thought being Jewish was cool. In a post-Holocaust era, with movies like Steven Spielberg’s Schindler’s List permeating popular consciousness, have Christians bucked the cultural trend and grown more hateful towards Jewish people in recent years? END_OF_DOCUMENT_TOKEN_TO_BE_REPLACED

Andy Stanley and the Bible Told Me So 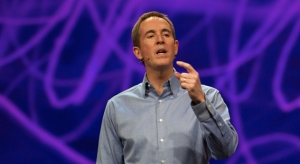 I do not follow popular, megachurch pastors that much. But when a fellow Veracity reader tipped me off regarding a recent controversy with Atlanta-based Andy Stanley, I was puzzled.

Andy Stanley, the pastor of NorthPoint Community Church, and son of another popular Atlanta preacher, Charles Stanley, has been preaching a sermon series on “Who Needs God.” The basic concern Andy Stanley has is that there is a startling trend of people who grow up in conservative, evangelical, Bible-believing churches, who later end up “deconverting” to some form of agnosticism by the time they become adults.

In the third message of the series, entitled “The Bible Told Me So,” Stanley talks about people who grow up believing Christianity is true because “the Bible told me so.” But when they go off to college, or watch a PBS Nova special, or simply surf the Internet, they are surprised to learn that there is little to no concrete, archaeological evidence that supports the idea that an army of some 600,000+ Israelites conquered the town of Jericho, near the start of the Canaanite conquest, as recorded in the Book of Joshua. As a result of hearing things like this, the fragile “Bible-told-me-so” faith of such a person collapses, kind of like a car tire that just got a flat, with the air hissing out.

As Stanley puts it, “If the Bible is the foundation of our faith, here is the problem, it is all or nothing. . . Christianity becomes a fragile house of cards that comes tumbling down when we discover that perhaps the walls of Jericho didn’t.” As a result, Christians need to learn that we are to base our faith, first and foremost, on Jesus and the Resurrection, and stop relying on an “all or nothing” approach to the Bible.

There are problems with Stanley’s sermon, as Reformed Theological Seminary’s Michael Kruger tells us. I went and listened to Andy Stanley’s sermon, and I would agree that Stanley said a few things that could easily be misunderstood the wrong way. For example, Stanley makes the rather overstated claim that the early Christians, for the first few centuries of the church, had a belief in Christianity, without the Bible!

Well, that is not quite, right. It would be more accurate to say that the early church did indeed possess “the Bible.” But they did not possess that “Bible” in the same form as we have it today. The early church surely embraced the Old Testament, though it did take a few hundred years to sort out the details regarding the particularity of the New Testament canon. These critiques aside, professor Kruger still felt that pastor Stanley’s motives were good, even if the proposed solution advanced by Stanley was slightly off-kilter.

But what astounded me was reading the comments left on professor Kruger’s blog. Quite a number of readers did not believe that Kruger’s criticisms went far enough.  Various readers described Andy Stanley as “repeatedly [denying] the authority of Scripture”, “deceitful,” “decidedly non-biblical,” and “a false teacher.”

What further astounded me is that Stanley’s church, NorthPoint Community Church, clearly states that the church believes “the Bible is without error.”

Andy Stanley is far from perfect, but I think British pastor and blogger, Andrew Wilson, has written an excellent defense of Andy Stanley. In a nutshell, Wilson argues that, “I don’t trust in Jesus because I trust the Bible; I trust the Bible because I trust in Jesus.” I would be curious to know what some of our Veracity readers think of all of this.

Something to think about.

For some answers as to how one might think about archaeology and Jericho, you might want to start here and here. For a 13-minute interview that Southern Baptist leader, Russell Moore, has with Andy Stanley, give this a listen: