The Shack, Is Genesis History, and the False Dichotomies in Christian Films

God, The Bible and The Shack is a short pamphlet, designed to help readers of W. Paul Young’s The Shack navigate through some tough theological issues.

In the study of logic, a false dichotomy is when only two options are presented, either believe this or that, even though there might be yet a third option available. The fallacy of the false dichotomy is that it excludes other reasonable alternatives.

I really hope I am wrong. But sadly, it appears that several recent Christian films (and their associated books) are trying to exploit certain false dichotomies that are increasingly popular in the church today.

On one side, stands something like Del Tackett’s Is Genesis History?, blogged about several times here on Veracity (#1, #2, and #3). According to some reviewers, such as Alan Shlemon at Stand to Reason, though there are some very positive elements in the film, Shlemon thought that Is Genesis History? plays into the notion that the church is divided into two different groups: the sole defenders of the Bible, who unswervingly hold to a view of the earth as being young, around 6,000 years old, versus compromised Christians, who undermine the Bible by accepting anti-Christian, scientific evidence of an earth that is millions of years old. Of course, Del Tackett, in an admittedly kind, warm and unassuming way, urges Christians to pursue the first option, and shun the second.

For Del Tackett, the question of, “Is Genesis History?,” is of great interest, in terms of the age of the earth. But it is often a misleading question. “Is Genesis True?,” is a much more profound and disturbing reality to consider. Alan Shlemon rightly sees the fallacy here, regarding the fundamental argument from the movie as a false dichotomy.
END_OF_DOCUMENT_TOKEN_TO_BE_REPLACED

Should Christians Go See The Shack, the Movie? 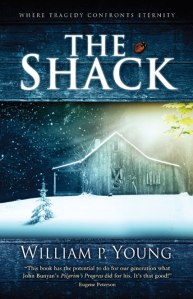 William Paul Young’s New York Times bestselling novel about how a terrible family tragedy led to an encounter with God, is now a movie. But given the controversy over the book, should Christians go see the film?

A few years ago, W. Paul Young’s novel, The Shack, was all the rage among evangelical Christians. “You gotta read this book!”

Fans of the book hailed it as a great story, family-friendly, and suitable for starting discussions about God. Even Eugene Petersen, the Bible scholar behind The Message translation of the Bible, endorsed it (check out who else is on the endorsement list). However, critics, like this one at the Mereorthodoxy.com blog, contend that The Shack promotes a rather unorthodox view of the Triune God, one that can not be supported by the teaching of the Bible. Southern Baptist leader, Al Mohler, thought it as lacking in Biblical discernment, with a troubling tendency towards universalism. Trevin Wax, a Gospel Coalition blogger, gave it a very mixed review. Nearly ten years later, the book has now hit the “big screen.” What are Christians to think of this controversial film? How do you cut through the confusion?

My concern, about Christian books (and movies) like The Shack, is not their entertainment value. I like a good story. My main problem is about how well the message lines up with Scripture.

I have a confession to make: For years, my understanding of the Trinity was pretty messed up. As a young Christian, I was taught that the relationship between the Father, the Son, and the Holy Spirit was like the different states of water: liquid water, a gas (like water vapor or steam), or a solid (like ice). The problem with this easy-to-understand, yet misleading, analogy is that it follows the treacherous shoreline of modalism, a heresy from the days of the early church. Critics argue that The Shack reinforces this type of erroneous theology. It took me years until I finally engaged in a detailed study of the Scriptures to realize that I was believing a heresy.

I am not alone in my confession, which is partly why the story that Paul Young crafted has resonated so well with people. It fills a void left by our churches that find it difficult to effectively and faithfully communicate certain doctrines of the Bible.

When we read what the Bible has to say about the nature of the Triune God, it is not a topic that you can learn by simply falling off of a log. Sadly, most Christians get their theology from popular books like The Shack, instead of making the investment into an in-depth study of the Scriptures themselves…. and I am just as guilty as the next person.

On the other hand, an engaging story like The Shack can help to stimulate thought that can drive us to investigate what the Bible rightly teaches on the nature of who God is: One God, in Three Persons, as opposed to the modalism view critics contend is portrayed in The Shack; a picture of God as one Person, playing three different Roles in history. To that extent, I would hope that The Shack, the movie, will help motivate folks to really dive into God’s Word, to learn from the Bible, what the truth is, and not settle for anything less. A good book to read after or before viewing movie, like Randal Rauser’s Finding God in the Shack, written by a skilled theologian, can help both the believer and the seeking non-believer process what they see in the movie.

What would be a mistake is to think that spending a night at the movie theater is an adequate substitute for actually reading the Bible, taking a theology class at your Bible-honoring church, and/or having a small group Bible discussion that addresses the topics from the movie. Given the choice between the movie versus reading the Bible, you are much better off cracking open the text of Holy Scripture.

The movie trailer is below, followed by a brief clip from a Ravi Zacharias Q&A session, that summarizes the main positive and negative elements of the book.