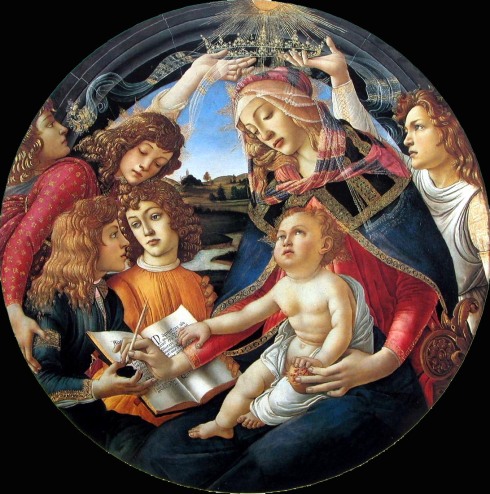 Our church recently began an Advent sermon series on the “Gospel in Song,” introducing the four great songs in the Gospel according to Luke that address the coming of Jesus. Each song, Mary’s Magnificat (Luke 1:46-55); Zechariah’s Benedictus (Luke 1:67-79); the angels’ Gloria (Luke 2:13-14); and Simeon’s Nunc Dimittis (Luke 2:28-32), derives its name from the first word of the respective texts in Saint Jerome’s Vulgate translation of the Bible into Latin. For example, “Magnificat” is Latin for “[My soul] magnifies.” Saturated with references to the Old Testament, Luke’s record of Mary’s (the Mother of Jesus) song continues to draw attention to the radical proclamation of the Gospel.

As the Latin language has become something of a quaint, archaic language of the past in our contemporary, secular society, only to be occasionally revived by classical education programs and home schoolers, the impact of songs like the Magnificat simply sound foreign to the modern ear. However, the Christian church in the West has put the Latin text of the Magnificat to music as part of the worship experience for centuries, and it remains one of the most beautiful expressions of biblical literary genre declaring the Gospel. God, in His wisdom, uses a wide variety of literary genres, including historical narrative, poetry, parables,… and song, in the Bible, to reveal His Truth to us.

One of these compositions belongs to Johann Sebastian Bach, the great German composer of the 18th century. As you listen to Bach’s 1723 interpretation of the Magnificat, while reading the English text, or better yet, following this Latin-to-English interlinear translation, does this not stir your heart to worship the Lord Jesus?