A Lesson from Orlando: Responding to Fear 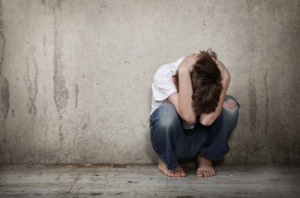 When I heard the news the other day about an Islamic man, claiming to be associated with ISIS, gunning down 49 people in a gay nightclub in Orlando, Florida, I was grieved and saddened. That evening, at a meeting in our church, we prayed for the families impacted by this terrible event.

However, in the midst of processing all that has happened in Orlando, I would contend that a lot of my Christian brothers and sisters feel a bit bewildered by the whole thing. How do you respond to something like this? How do you love people gunned down in a gay nightclub? How do you love someone claiming to be an Islamic terrorist, slaughtering people around him? What would Jesus do?

If I had to name one word that covers a lot of what Christians are feeling, it would be this:

A lot of Christians are afraid.

But does fear tell the whole story?

There is no fear in love, but perfect love casts out fear. For fear has to do with punishment, and whoever fears has not been perfected in love (1 John 4:18).

Allow me to tackle a couple of these fears. For example, as has been discussed before here on Veracity,1 literally millions of Muslim-background people are fleeing countries that have been closed to or otherwise restricted from Christian missionaries. Furthermore, some reports show2 that Muslim-background people have shown a greater interest and openness to the Christian faith within the past 14 or so years, than in the preceding 14 centuries. The harvest is plentiful. And the fields are coming right to your doorstep in your community.

Here is another fear to address. Many Christians are afraid that the LGBTQ community is trying to force Christians to give up on the theology of the Bible in order to feel accepted by the church.

A new book from NavPress by Andrew Marin makes the case that this typical evangelical concern is misplaced. In Us versus Us: The Untold Story of Religion and the LGBTQ Community, Marin reveals the results of a long-term scientific study regarding the LGBTQ community and the Christian church. Here are some startling observations from the study:

According to a recent review of Marin’s book by theologian Preston Sprinkle,3 only 15% of LGBTQ leave the church because of “theological interpretations of sin.” In other words, most LGBTQ people have left the church not because the church teaches that same-sex marriage is not supported by the Bible. Instead, they leave the church for the following reasons (I list the most common):

With the added emphasis of what has happened recently in Orlando, it is imperative that Christians demonstrate compassion towards those in the LGBTQ community, when their sense of fear of being relationally isolated from the church has only been compounded all the more.

Here are some practical suggestions: Get to know someone who is a Muslim or someone who identifies with the LGBTQ community. Listen to their story. Ask them questions. Show them hospitality. Then, ask the Lord where to lead you next in your relationship with that person.

Sure, there is always an aspect of fear. Radical terrorists still threaten with violence: convert to Islam or die. There are still some LGBTQ people who will not budge an inch in their efforts to change your Christian theology on marriage. But I am reminded by a quote from a sermon this past week. In C.S. Lewis’ The Lion, the Witch, and the Wardrobe, a question was asked about Aslan, the Christ-figure in the story. Is the Lion safe?

“Safe?” said Mr. Beaver; “don’t you hear what Mrs. Beaver tells you? Who said anything about safe? ‘Course he isn’t safe. But he’s good. He’s the King, I tell you.”

If Christ is the King, and he is good, then we have nothing to fear.

1. See John Paine’s post on Syrian refugees and his series on Basic Islam. Here is my report on viewing world history through Islamic eyes↩

2. Open Doors, a ministry to the persecuted church, observes that God is using visions of Jesus Christ to bring many Muslims to having faith in Christ.↩

3. Preston Sprinkle has written what I believe is the best book on how Christians should view same-sex attraction, People to Be Loved. You should read it. I gave a brief review here.↩

Clarke Morledge -- Computer Network Engineer, College of William and Mary... I hiked the Mount of the Holy Cross, one of the famous Colorado Fourteeners, with some friends in July, 2012. My buddy, Mike Scott, snapped this photo of me on the summit. END_OF_DOCUMENT_TOKEN_TO_BE_REPLACED
This entry was posted on Tuesday, June 14th, 2016 at 10:06 pm and tagged with gay, Islam, lesbian, orlando and posted in Uncategorized. You can follow any responses to this entry through the RSS 2.0 feed.
« Christian Passion About Israel: Can We Talk?
Is the European Union the Beast of Revelation? »

One response to “A Lesson from Orlando: Responding to Fear”