Christian Passion About Israel: Can We Talk? 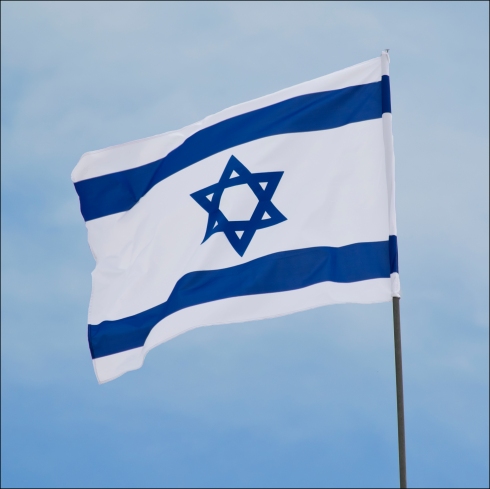 If I had to name one, persistent, mind-boggling issue that has divided so many conservative, evangelical Christians, it would be this one: Israel.

Unlike, say the creation vs. evolution controversy, women in ministry, etc., that some categorize as conservative vs. liberal splits, the question of what to think and do about national Israel defies simple labels. There is tremendous pressure from the surrounding culture to go in very opposite directions. On one side, are those who view Christianity as complicit in enabling, and even consciously encouraging, centuries of antisemitism. On the other side, are those who view Christianity as terribly narrow and closed-minded, urging Christians not to try to share their faith with the Jewish people.

Nowhere does the issue become more focused and heated among believers, than when it comes to the subject of the land of Israel, and the current Jewish nation state that exists there in the modern Middle East. To one extreme, are those who view any criticism of the nation of Israel as being hateful and antisemitic. On the other extreme, vocal support of the nation of Israel at the expense of spiritual concerns is sometimes viewed as a compromise on the centrality of Christ, diminishing the need to have Christ, and Christ alone, for salvation.

Israel can be deeply polarizing.

Call me naive, but I am a big believer in the need for Christians to have better and more civil conversations with one another, on emotionally-charged subjects like Israel.  Otherwise, the consequences can be devastating. If Christians are unable to have frank and open dialogue with one another, without resorting to name-calling, then this brings ill repute upon the message of the Gospel to a watching world. In an effort to promote such open and brotherly discussion, I will soon embark on a multi-part blog series on the question of “Zionism,” and its relationship to Bible prophecy1.

As I have been studying Romans 9-11 over the past year or so, the theme of how a Christian should respond to “Zionism,” the Jewish desire to return to their ancestral homeland, pops up over and over again in my conversations with fellow believers. Keep an eye out for this upcoming blog series…. and keep your Bibles, and your minds, and your hearts open.

Do you want to get the conversation going? How about two movies that illustrate the tension in the discussion?

An Invitation to Hear Different Sides

Wow. Some films can really make you feel and think.

Following are two documentary films done by Christians, each one telling vastly different stories about Israel, with a specific focus on the topic of “Zionism.” I am posting them here below, but both are available via DVD2.

With God On Our Side, is a 2010 film by Porter Speakman Jr. and Kevin Miller.  I know nothing about Speakman, but Kevin Miller was the film writer for the Intelligent Design 2008 film with Ben Stein, Expelled: No Intelligence Allowed. In With God On Our Side, Speakman and Miller employ a narrator, Christopher Harrell, an evangelical preacher’s kid growing up in America, to address the difficult issue of how Palestinians live in relation to their Israeli neighbors, and how Christians outside of Israel get involved. A positive review of the film is here, and a negative review of the film is here. The film lasts about 90 minutes, with a feel of a PBS Frontline documentary for Christians.

In contrast, Covenant and Controversy, is a relatively new, 2015 film by independent film writer, Dalton Thomas. Thomas visits places of Jewish persecution in Europe, as well passing through the Middle East, in order to explore where Christianity has helped to stoke the fires of antisemitism. Thomas sees a link between anti-Zionist rhetoric and what he sees as misguided theology in the church. The first part of this film, available online, lasts about 100 minutes, with lots of aerial drone camera shots, stark lighting, and eerie music to draw your attention.

Do not just watch one film. Watch them both. The films draw very different conclusions. Both films are emotionally gripping, which can be good and bad: Good, in the sense of being engaging and provocative, and bad, in that it is very easy to get caught up in the emotion and then fail to take a reflective, serious look at what the Bible really teaches about these difficult topics. If you have some time after watching the films, would you mind sharing your thoughts in the comments section below as to why Christians can get so passionate about Israel, on both sides? How do we go about having a better conversation?

1. In a certain way, it might be good to engage the polemical issues as presented by the films highlighted in this post. But I have some serious doubts, too. It is probably more profitable to engage in a concentrated study of the Bible, but that takes a lot of discipline. You really have to know your Bible. But should we not be doing that, anyway? In preparation for the Zionism blog posts, I started to read an incredibly helpful book, Perspectives on Israel and the Church: 4 Views, edited by Chad Brand and Tom Pratt, published by B&H Academic, 2015. It is really a meaty book, so I would not recommend it unless you were really serious, but I have found it to be the best resource currently available that discusses what the Bible has to say about Israel and the church. Most books today typically only give one side of the story, so I think B&H Academic did a fantastic job pulling together a diverse group of scholars to tackle a very difficult and complex subject, in a very irenic manner.  ↩

2. I have not viewed both films all of the way through, as they are not brief. But they are both highly engaging. ↩

Clarke Morledge -- Computer Network Engineer, College of William and Mary... I hiked the Mount of the Holy Cross, one of the famous Colorado Fourteeners, with some friends in July, 2012. My buddy, Mike Scott, snapped this photo of me on the summit. END_OF_DOCUMENT_TOKEN_TO_BE_REPLACED
This entry was posted on Friday, June 10th, 2016 at 6:30 pm and tagged with Israel, replacement theology, zionism and posted in Topics. You can follow any responses to this entry through the RSS 2.0 feed.
« The Wrong Jesus for the Right Young Graduate
A Lesson from Orlando: Responding to Fear »

2 responses to “Christian Passion About Israel: Can We Talk?”