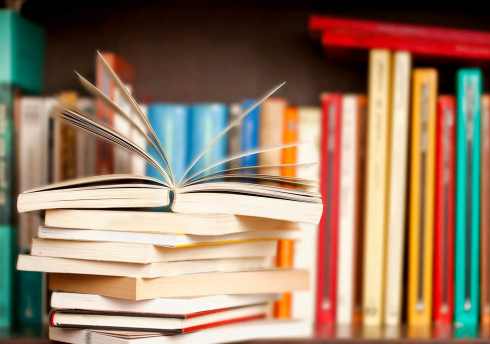 First, let me talk about some really good books….

If there was one ironic benefit of the coronavirus pandemic lockdowns of 2020, it was that it gave me a chance to read some more books. Most of them I “read” via Audible, or the Kindle “Speech-to-Text” feature with the Amazon Alexa app for Android (which was new to me and is pretty cool!!), listening to them as I took my exercise riding my bike all around the pathways of our rural county, as the pandemic curtailed much of my commuting into work. Increasing the reading to 1.25 speed helped, too, and then I could go back and review, if I missed parts. Here are some of the best books I enjoyed, that I commend to others:

Here are my books of the decade and books of 2019 posts, previously noted on Veracity. Looking back, I have come to conclude that Jonathan Haidt’s The Righteous Mind was the best book of the decade. It has really helped me keep a lot of things in perspective, in such a wild and crazy year as 2020.

Next, let me talk about some blog posts….

Normally each year, I write a blog summarizing the best blog posts of the year, but I pretty much have already done that a few months ago. I will highlight a few of the most interesting and important blog posts that folks might benefit from, that have been published since early September. But let me preface with a caveat….

Last year, I wrote a post, “Reflections on Seven Years of Internet Blogging.” I am more convinced now that blogging, particularly of the long-form kind, that I’ve been putting out here on Veracity, is still valuable, but I do think that exhaustion over social media has caused a lot of blogging to suffer. YouTube video offerings still seem to be big, however… so I have included a few video links below as well.

So, yes, I want to talk about some videos, too…

People tend to respond more to video than to written text. After all, if someone had simply written about the death of George Floyd, it probably would not have brought so much attention…. it took a video to explode the nation. But that is deeply concerning, particularly with the development of more and more convincing DeepFake technology, that can so easily fool us, and breed a horrifyingly lack of discernment, that so plagues the post-modern world, including Christians. A case in point… here is the U.K.’s Channel4, doing their own DeepFake video, mimicking the original Christmas message that Queen Elizabeth delivered last week, that I was encouraged by and posted on Veracity the other day…. If we can be fooled by technology, why put so much of our trust in it?

Back to reality now….

Kind of a hodge-podge of posts here, but to me, these are all thought provoking…. go ahead and skim through it, as your interest will indeed vary, but you should stick around for the video at the bottom. It sums up the year exceedingly well:

AND FINALLY…. a way to end off the year 2020, by looking back, in a humorous way….. that does not really have anything overtly theological in it at all.

Some independent film company in California put together this 18-minute film, back in October, that perfectly summarizes pretty much all that has happened in the year 2020…. Australia fires, locust attacks in Africa, wildfires in California, Black Lives Matter protests, and obviously, the coronavirus….  (of course, being released in October, it has nothing about the Presidential election, the announcement of a COVID-19 vaccine, or the Nashville Christmas bombing). I have not seen the movie 1917, which supposedly has a really long, single scene shot, at the beginning of the movie. But this 2020 film is meant to parody 1917, with the same, single long film shot, look and feel.  So, with that, I wish all of you Veracity readers an end to crazy 2020, and a Happy New Year, for 2021 !!

Clarke Morledge -- Computer Network Engineer, College of William and Mary... I hiked the Mount of the Holy Cross, one of the famous Colorado Fourteeners, with some friends in July, 2012. My buddy, Mike Scott, snapped this photo of me on the summit. END_OF_DOCUMENT_TOKEN_TO_BE_REPLACED
This entry was posted on Wednesday, December 30th, 2020 at 5:00 pm and tagged with 2020, books and posted in Tools. You can follow any responses to this entry through the RSS 2.0 feed.
« All That’s Good: Recovering the Lost Art of Discernment: Reading Hannah Anderson While Thinking About 2020
Beware of False Prophets, QAnon Conspiracies, and Whataboutism! »