Who Are the Most Influential Skeptics Today? 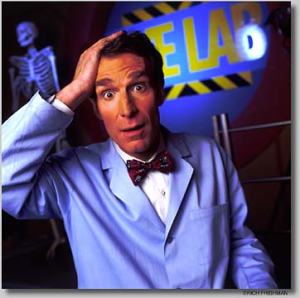 What do cultural celebrities like Bill Nye, Richard Dawkins, Neil de Grasse Tyson, Bart Ehrman, and Bill Maher all have in common? In different ways, the represent different forms of skepticism about the Christian faith.

In a recent Sunday School class on “Personal Discipleship,” I was asked this question: Who are the most influential skeptics today?

How does one go about answering such a question? According to Canadian philosopher Charles Taylor, in his magisterial A Secular Age, a few hundred years ago it was virtually impossible not to believe in God. But nowadays, the shift is remarkable: for many in 21st century Western culture, it is very easy, almost inescapable, to not believe in God. Skepticism defines the current cultural mood, something that would have been mostly unthinkable just a few centuries ago.

Instead of trying to come up with some type of “Top Ten” skeptics list, I think it best to list out some of the more skeptical personalities today, each person representing a different type of skepticism that an evangelical Christian believer might encounter in their conversations with their neighbors, co-workers and even family members. So here we go….

A Veracity List of Influential Types of Skeptics Today

Do you know any Hostile Antagonists, Exasperated Agnostics, Aloof Secularists, Disillusioned Bible Students, or Internet Atheists? When Christians encounter skeptics to their faith among friends, co-workers, neighbors and family members, you will typically find people who have been heavily influenced by the books, interviews, documentaries and movies promoted by at least one or more of the types of skeptics listed above. Some might argue that an exposure to the ideas of these thinkers and popularizers might be damaging to one’s faith. But the reality is that if the Christian is truly called to be the “salt of the earth” in a world that is slouching its way towards spiritual destruction, we would do well to become familiar with some of the basic arguments used by the skeptics that seek to undermine Christian faith. In doing so, we can have the confidence that there are real, credible answers to the thorny questions that we will encounter.

The first to plead his case seems right, Until another comes and examines him.

Often, when you first hear the arguments of the skeptic, they may sound very convincing. But once you become aware of other arguments from a different point of view that seek to defend Christian truth, you will begin to see that there are ways to lovingly and respectfully, as well as effectively, respond to the critics of Christian faith.

Clarke Morledge -- Computer Network Engineer, College of William and Mary... I hiked the Mount of the Holy Cross, one of the famous Colorado Fourteeners, with some friends in July, 2012. My buddy, Mike Scott, snapped this photo of me on the summit. END_OF_DOCUMENT_TOKEN_TO_BE_REPLACED
This entry was posted on Thursday, February 12th, 2015 at 7:52 pm and tagged with Bart Ehrman, Bill Maher, Bill Nye, carl sagan, daniel dennett, jerry coyne, neil degrasse tyson, Richard Dawkins, sam harris and posted in Apologetics. You can follow any responses to this entry through the RSS 2.0 feed.
« Stephen Fry and the God of Oscar Wilde
Why Study the Skeptics? »

2 responses to “Who Are the Most Influential Skeptics Today?”