Jonathan Edwards on Charity Towards the Poor 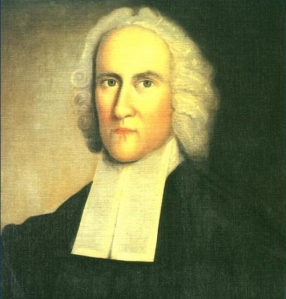 Most people know of Jonathan Edwards as the colonial American preacher of hell-fire and brimstone. I remember reading the mandatory “Sinners in the Hands of an Angry God” in high school and thinking that this guy had an unhealthy, morbid fascination with damnation. This narrow view of Edwards I had for years is a real tragedy, as this unfairly diminishes the extraordinary intellectual and spiritual contribution of perhaps America’s greatest philosopher.

Perry Miller, an influential Harvard historian and prominent atheist of the mid-20th century, practically rescued Jonathan Edwards from the dustbin of American cultural history. In an age when colonial American Puritans like Edwards were treated with “fundamentalist” disdain, Miller saw in Edwards perhaps one of the most perceptive and wide ranging thinkers America has ever produced. What was it about the 18th century Edwards the Christian that fascinated Miller the atheist?

Perry Miller most probably saw in Edwards a man with extreme clarity of thought. Far from being a Bible-thumpin’, country-bumpkin preacher, Edwards was one of the most well-read and innovative intellectuals of his time, engaging topics ranging from the philosophy of John Locke to the science of spider behavior. Edwards may have been one of the “Last Puritans” but he was also one of the “First Modern Americans”, a man of faith and yet a man with a great interest in science who saw no conflict between the two. On his regular long and meditative walks through the beautifully wooded forests of Connecticut, Edwards would get so lost in deep thought that he would write ideas down on a scraps of paper and pin them on his clothing to make sure he did not forget something important. Just imagine what his family thought when he walked into the house covered with dozens of paper scraps pinned to his shirt and pants.  He died in 1758, at age 54, due to complications from testing one of the first smallpox vaccinations.

But Edwards was more than just a really smart guy. He had an incredible love for God and His Word. It really shows in the many sermons and essays that he wrote, many of which are being collected several places on the Internet, such as at the Jonathan Edwards Center at Yale University.

One particular sermon comes to mind from the pen of Tim Keller, the author of Generous Justice. As our church has been studying Keller’s book this fall, the topic of the Christian’s duty to give to the poor takes center stage. Edwards wrote his classic sermon, THE DUTY OF CHARITY TO THE POOR, EXPLAINED AND ENFORCED, giving an extensive exhortation that the Christian should care for the poor because it is an obligation resulting from the presence of God’s grace in your life. Edwards then makes a list of the most common objections to caring for the poor and answering each objection in turn.   As Keller presents it from some  other Edwards writings, Edwards argues that “human beings will only be drawn out of themselves into unselfish acts of service to others when they see God as supremely beautiful.”

What fascinates me most about Edwards is how he was able to reconcile a very stunning view of God’s absolute and unquestioned sovereignty with an extremely warm and heartfelt appreciation of the “sweetness” of God’s grace. It is no wonder that Edwards continues to inspire a newer breed of evangelical preachers today, like John Piper.

Reading Edwards does take some effort. Some of Edwards’ language of the colonial era can be a barrier to some readers, and his intense commitment to Reformed, Calvinistic theology may disparage others. But if you are willing to take the time and energy, the rewards for working through Edwards’ line of thought are exceedingly great.

During the month of October, 2013, ChristianAudio is offering a FREE audiobook download for George Marsden’s A Short Life of Jonathan Edwards. I read Marsden’s earlier full length biography of Edwards several years ago, so I highly recommend this…. and hey, for this limited time, it is FREE!

In addition to social concerns, Edwards wrote extensively about a number of  other topics,  including a number of meditations on God as Creator, a subject more contentious today than it was in colonial America when modern science was still in its infancy. Do you want to explore more about these issues in conversation with other people? If you live in the Williamsburg Virginia area, then please come to the Facts & Faith Symposium, to be held at the Williamsburg Community Chapel, on several Sundays in November, 2013 (the 10th, 17th and 24th) at 6:30pm.

Clarke Morledge -- Computer Network Engineer, College of William and Mary... I hiked the Mount of the Holy Cross, one of the famous Colorado Fourteeners, with some friends in July, 2012. My buddy, Mike Scott, snapped this photo of me on the summit. END_OF_DOCUMENT_TOKEN_TO_BE_REPLACED
This entry was posted on Friday, October 11th, 2013 at 5:35 pm and tagged with John Piper, Jonathan Edwards, Perry Miller, Tim Keller, veracity and posted in Topics, Witnesses. You can follow any responses to this entry through the RSS 2.0 feed.
« Life After Death (Part 2)
C.S. Lewis, Myth, and the “E” Word »

6 responses to “Jonathan Edwards on Charity Towards the Poor”