Did God Create the World as “Perfect”… or As “Good?”

Most of us have heard the story.

God created the world in six days. On the first through fifth day, God declares what he has created to be “good.” Then, we get a step up on the sixth day, when humanity was created, God saying it was “very good.”

But is “good” the same thing as “perfect?”

According to a few sermons I have heard over the years, “good” and “perfect” are synonymous. But is this Scripturally accurate? Is this really what the Bible teaches? 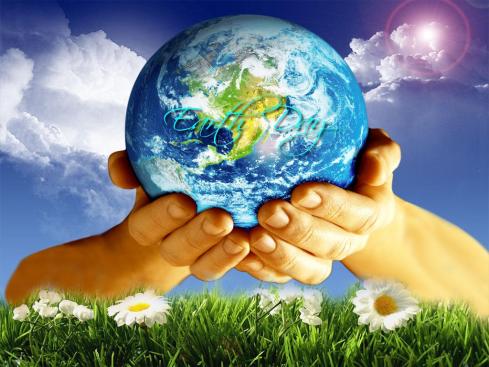 On the one hand, linking “good” and “perfect” sounds like a reasonable assumption. After all, Christians believe that God is indeed perfect. So why would God create anything other than something that was perfect?

Many who take this view go onto believe that when Adam and Eve sinned, not only did they introduce human sin, suffering, and death into the world, they also introduced animal death and suffering into the world.  If humans had never sinned, then the animals never would have died either. This is consistent with what is considered to be a contemporary, Young Earth Creationist reading of the first few chapters of Genesis.

This is probably the strongest theological argument in favor of God creating the world, from nothing, within a span of six 24-hour days. It does make me wonder about where the mayfly fits in this timing scheme, with its life span of only 24-hours, but just go with me here….

In summary: God created the world perfectly. He would never create a world with millions of years of death, cancer, and suffering in it. For those things, we have Adam to blame. Not God.

This makes for a captivating story.

But there is a difficulty with this reading of Scripture.

Take Genesis 1:2, the second verse of the Bible, before we even get to day one of Creation, for example. Here we read the first part of that verse:

The earth was without form and void, and darkness was over the face of the deep….(ESV)

If God created this universe as “perfect,” why would he create the earth, starting out, with what was without form and void? Was this really God’s doing?

How is an earth, without form and void, “perfect?”

Or, how about a little bit later, when God speaks to the humans he has just created, on day six:

Be fruitful and multiply and fill the earth and subdue it, and have dominion over the fish of the sea and over the birds of the heavens and over every living thing that moves on the earth…..(Genesis 1:28 ESV)

The word “subdue” is highlighted, because it sounds so… well…. rough and rugged, to say the least. If God created everything “perfect,” then why would humans be called upon to subdue the earth? Why try to subdue something, if it was perfect to begin with?

Some do raise answers to such questions. For example, some claim that God’s command to subdue the earth, only applies to the ground itself, and does not include the animals. To subdue the rocky ground, for farming, is quite different from trying to subdue the animal kingdom.1

I will leave it to the reader to consider if such an answer is compelling or not.

Biblical scholars tell us that, in the days of people like Abraham and Moses, the other gods surrounding ancient Israel,  such as Marduk of the Babylonians, and Atum of the Egyptians, were pretty much a disorderly mess, particularly when it came to the creation of the world. Pagan stories about creation treated the concept of creation itself as a kind of afterthought.

The Bible, on the other hand, tells a much different story.

It tells us that the God of the Bible is a God of order. He brings order out of chaos. Perhaps this is what Genesis has in mind, when in verse 2, we read about the earth being without form and void, which is consistent with a picture of chaos. As the reader proceeds through the days of Creation, the sense of a gradual movement from chaos to order emerges, such as when the creation of light, on day one, gets superseded by the appearance of the sun and moon, on day four, to mark off the days and years.

Then we read on down to day six, where God creates humanity to have dominion over all of the good that God has created. Perhaps, this is what is going on in Genesis, that God’s act of creation is a way of bringing order out of chaos. That might help to explain why God created everything good, but not necessarily perfect.

The perfection of creation was certainly on God’s agenda, but perhaps he created humankind specifically to help bring about that perfection of Creation…. However, as the story goes on, we pretty much blew it with the whole “eating of the forbidden fruit” in the Garden episode.

This still leaves the question open as to why there was chaos to begin with, and why the earth needed to be subdued? Unfortunately, the text of Scripture does not give us a direct answer to that question. It just leaves that question out unanswered… simply hanging there.

Thankfully, whatever we make of this state of chaos, in the initial creation, and the need to subdue the earth, the New Testament completes the story, that “for the creation waits with eager longing for the revealing of the sons of God” (Romans 8:19 ESV). As God’s people experience redemption, through the power of the Cross of Christ, we look forward to the day when Christ will restore all things, and cause all of Creation to have its eager longing fulfilled.

As Christians continue to debate about the age of the earth, and exactly how God brought about the creation of the world, and what sin, evil, death, and suffering have to do with it, it is a question worth thinking about.

1. Terry Mortenson, a scientific historian, with Answers in Genesis rightly argues that “In Genesis 1:28 man is commanded to subdue (kabash) the earth…Kabash means to take complete control of something, to make it subservient.” But then Mortenson adds, ‘The text does not say that man should subdue the animals….The fact that God uses a different verb (radah) to refer to man’s “rule” over the fish of the sea, the birds of the sky, and everything that moves on the earth, strongly suggests that “subdue” relates to the non-living creation and “rule” relates to the living creatures. But nothing in the context warrants reading into “subdue it [the earth]” the idea that the creation had been filled with natural evil (death, disease, extinction, asteroid impacts, tsunamis, etc) for millions of years prior to man.’ Isolated by itself, Mortenson’s argument has a lot of appeal. Hebrew parallelism could indeed be in play here. But look more carefully at Mortenson’s contextual argument. What Mortenson ignores is the whole context of the verse, by omitting the very first part of the verse: “And God said to them, “Be fruitful and multiply and fill the earth and subdue it.” This is a command for humans to procreate and “fill the earth” with offspring. To suggest that “”subdue’ relates to the non-living creation;” presumably the physical ground of the earth, as Mortenson does, would suggest that humans are to fill the non-living creation with living humans. Once you fill the “non-living creation” with the “living creation” of human beings, then the “earth” is no longer a non-living creation. Terry Mortenson is a smart scholar, but his exegetical argument appears to be greatly forced. I am no grammar scholar, but why anyone would find this exegesis of the text convincing is baffling. But there you have it. ↩

Clarke Morledge -- Computer Network Engineer, College of William and Mary... I hiked the Mount of the Holy Cross, one of the famous Colorado Fourteeners, with some friends in July, 2012. My buddy, Mike Scott, snapped this photo of me on the summit. END_OF_DOCUMENT_TOKEN_TO_BE_REPLACED
This entry was posted on Friday, September 13th, 2019 at 6:00 pm and tagged with Genesis, Young-Earth Creationism and posted in Apologetics. You can follow any responses to this entry through the RSS 2.0 feed.
« What is the Bible? (in 5 Minutes)
The Fool and the Heretic, A Review »

One response to “Did God Create the World as “Perfect”… or As “Good?””