What is an “Elder” of a Church? 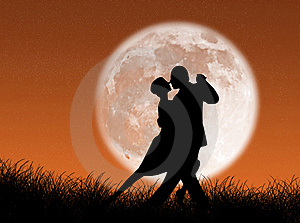 How can we think of the question of eldership more like a dance…. instead of a brawl???

Calling someone an elder doesn’t make them an elder… so writes British pastor, Andrew Wilson, in his excellent blog essay, “A Theology of Eldership.”

Wilson begins his essay with a famous, Abraham Lincoln anecdote:

Abraham Lincoln was fond of asking people: if we call a tail a leg, then how many legs does a dog have? “Five,” his audience would invariably answer. “No,” came his standard reply, “the correct answer is four. Calling something a leg doesn’t make it a leg.”

When I look around at how different churches implement spiritual authority, I observe that rarely is there a clear, biblically-driven understanding of what it means to be an “elder” of a church. At the risk of being overly too-brief and simplistic, an “elder” is an office in the church, and as Wilson argues in his essay, the primary function of an “elder” is to act as a type of shepherd, or pastor of a flock, to borrow from the Bible’s teaching related to tending after sheep. To shepherd or pastor is to protect the sheep from physical harm. Likewise, an “elder” is someone who serves the community of faith by protecting them from spiritual harm. An “elder” is a type of guardian, making sure that the people are grounded upon solid, Bible doctrine.

But no matter how wonderful or effective they might be, how many “elders” in churches really function like that?  For example, there are churches where a pastor or pastors of the church, who preach on Sunday morning, do not serve as “elders.” Furthermore, there are “elders” who think of themselves, not as spiritual guardians or shepherds, but rather as “members of the board” of the church, like in a business corporation. That may work for a Fortune 500 company, but is it appropriate for a local church?

In other words, such “elders” are primarily tasked with administration of the church, handling financial matters, etc., but it is not altogether clear as to what type of spiritual authority they exercise, if any, in terms of shepherding or pastoring the flock. Perhaps, much of these administrative tasks might more properly be viewed in terms of “waiting on tables,” as in Acts 6:2, and not something that should distract the “elders” from their more pressing duty, of faithfully expounding the Scriptures to the community of believers. So, here you have a case of pastors, who act like “elders,” but they are not “elders,” and “elders,” who do not necessarily act like “elders,” because the pastors are already acting as “elders.”

How much sense does this really make?

My concern is that such a fluid understanding of what defines an “elder” is terribly confusing.

Calling someone an elder doesn’t make them an elder.

Unless you have been living under a rock for most of your Christian life, the subject of “women and elders” has been a hot-button issue in evangelical churches for a long, long time. Some believe that the Bible does not permit women to serve as elders. Others believe that the Bible does allow women to serve as elders. Some see this, not as a question of superiority or inferiority of a particular gender, but rather as an issue of proper spiritual authority. Others see this, not as “caving into the culture,” but rather as an issue of encouraging the full use of gifts for ministry, for both men and women, as well as an issue of justice, in a world where women are marginalized and abused, who need to know about and experience the liberating power of the Gospel. Some see male-only eldership as part of the historically ordained, orthodox principle of church structure, in keeping with the New Testament, and not to be tampered with, whereas others see a male-female joint eldership as an inevitable reality that all churches must eventually accept…. it is just a matter of time.

Unlike other controversial issues in the church, like the use of alcohol, age of the earth, different views of the End Times, etc., the “women and elders” issue is simultaneously public, profound, and pervasive. It is public, because while others may never know about your use or non-use of alcohol, a woman in the pulpit is hard to ignore. It is profound, because unlike the dispute over the millennium or the timing of the “Rapture,” Christians can exist for years in our churches, without a decided view on the End Times, but how we think about gender, and its relationship to spiritual authority, is something that touches on the core of every person’s being. It is pervasive, because while not all Christians are highly scientifically minded and motivated, to understand the age of the earth, gender-based issues impact just about every area of life.

Both sides in the “women and elders” controversy can make some powerful arguments. (… and yes, you can find extremes on both sides, too, those who view gender categories as completely interchangeable, making no mention of spiritual authority, and those on the other side who devalue the competence or performance of women, decapitating one-half of the Body of Christ, from the service of Christ’s Kingdom. I am ignoring these extremes here…)

The difficulty is that when churches wrestle with these issues, we do our congregations a disservice when we fail to adequately define what constitutes an “elder,” so that at least everyone is on the same page. For example, if a church allows women to serve as deacons, but the so-called “elders” in the church are largely performing the office of being deacons, to prohibit women to serve as such “elders” is completely nonsensical, thus offending the conscience of those who seek, in obedience to God, to celebrate the full gifting of men and women. But if you allow women to serve as such “elders,” railing against the conscience of those who believe that the Bible does not allow women to serve as elders, for the sake of upholding biblical, spiritual authority, what is the point? This is particularly confusing, when it is, to a large part, non-“elder” pastors of the church, who are mainly fulfilling the task of being “elders.” What then, is the positive, edifying purpose you are really serving?

This all seems like a recipe for madness, to me, an excuse for those passionate on both sides to vote with their feet…. and unnecessarily so, as it neglects laying the proper groundwork to achieve a common vocabulary, which is necessary to gain a proper understanding of the issues.

Here is my practical suggestion. I might be wrong, so I would appreciate correction, if needed. If a church is considering the “women as elders” issue, it might be useful to consider limiting the office of elder, for men only, to actually that of pastoring and shepherding, as much as possible, and greatly expanding, as much as possible, the role of deacon, including men and women, to serve the community, and thus empowering all, male and female, to fully use their God-given gifts. It will not make everyone happy, but it might be a good step forward to promote peace.

Might I humbly suggest that churches should consider crafting a clear understanding of what constitutes an “elder,” before engaging in discussions, about whether or not women should or could serve in such a capacity?

Clarke Morledge -- Computer Network Engineer, College of William and Mary... I hiked the Mount of the Holy Cross, one of the famous Colorado Fourteeners, with some friends in July, 2012. My buddy, Mike Scott, snapped this photo of me on the summit. END_OF_DOCUMENT_TOKEN_TO_BE_REPLACED
This entry was posted on Monday, February 11th, 2019 at 7:10 pm and tagged with complementarian, egalitarian, elders, eldership, women in ministry and posted in Topics. You can follow any responses to this entry through the RSS 2.0 feed.
« Does Carbon-14 Radiometric Dating Undermine the Bible (or Confirm It)?
Does Dark Matter … Really Matter? »