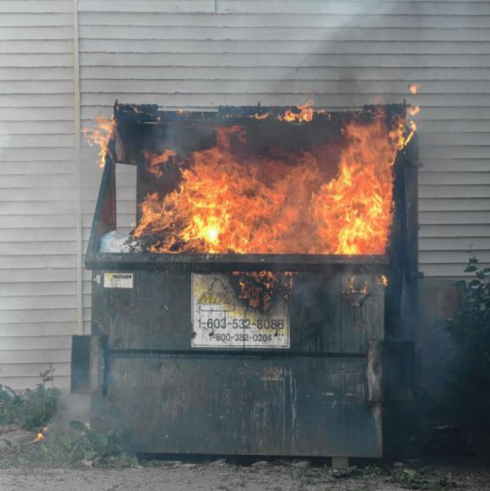 Some of you have probably already read the news about Willow Creek Church, and the ungraceful exit of their lead pastor, followed months later by the entire leadership team and elder board. You can read about the full story in the Chicago Tribune.

The specific situation of the pastoral misconduct is tragic enough. I remember feeling the same way when I heard about spiritual abuse, that took place at Bill Gothard’s ministry, a few years ago. But that is not my focus here. I want to take a step back.

Early in 2018, Merriam-Webster’s inserted a new phrase into its online dictionary:

“an utterly calamitous or mismanaged situation or occurrence : disaster”

That is a perfect description of what happened at Willow Creek. Willow Creek has been the driving force behind The Global Leadership Summit (GLS), an event that our church recently hosted. The GLS has been incredibly inspirational for many in our church community. There is much to be thankful for the great good that has continued to come out of GLS. We would be remiss not to acknowledge God’s goodness here.

But for a ministry that gives such a strong emphasis on leadership, the failures in leadership at Willow Creek are sadly ironic. What boggles my mind, is that so many of us have had to hear about the recent story at Willow Creek, not from the church eldership, and not even from Christian media outlets sympathetic to evangelical concerns. Instead, we get the story from secular media outlets, like the Chicago Tribune and the New York Times.

When God’s people, in the Old Testament, wandered off from following the Lord, refusing to listen to the prophets placed in their midst, God had to raise up enemies, like the Assyrians and the Babylonians, to be instruments of His Judgment, to get Israel’s attention. Somehow, the story at Willow Creek seems eerily familiar.

Here are the set of lessons I see that need to be learned from this, particularly for leaders: Listen to your critics. But do more than that. Seek out your critics, even when they do not come forward to you voluntarily. They might be in fear of you. Pay attention to what they have to say, ethically and doctrinally. Weigh the evidence. Do not dismiss the evidence when it comes from the “wrong people,” or it does not fit in with your presuppositions. You do not have to respond to every criticism, but make the effort to treat others seriously. Make the appropriate changes, and do so in a timely manner. Stand for the truth.

Willow Creek has made some controversial moves, within evangelical Christianity, such as pioneering new ways to approach church leadership. The most repeated charge is that Willow Creek has replaced a biblical pattern of eldership, as shepherds of the flock, with a more worldly model, patterned after Madison Avenue, where the head pastor is the CEO, etc.

At the same time, Willow Creek has done some amazing things over the years, for which we can all celebrate. What began as a church meeting in a movie theatre has inspired hundreds of churches to rethink how they do church, in order to reach a new generation for Christ. I pray this will continue, and that such work for Christ will flourish.

I also recall the faithful remnant in Israel’s day, too, represented in our day by the thousands of churches and church leaders, who labor faithfully for the sake of the Gospel, with little fanfare. It may seem like a dumpster fire now, but just as the Jews were able to return from the Babylonian exile, and rebuild their temple and cities, so it will be with the people of God today and into the future.

The work to rebuild trust is difficult, once trust is broken. But it must be done.

Clarke Morledge -- Computer Network Engineer, College of William and Mary... I hiked the Mount of the Holy Cross, one of the famous Colorado Fourteeners, with some friends in July, 2012. My buddy, Mike Scott, snapped this photo of me on the summit. END_OF_DOCUMENT_TOKEN_TO_BE_REPLACED
This entry was posted on Saturday, August 11th, 2018 at 6:00 pm and tagged with spiritual abuse, willow creek and posted in Topics. You can follow any responses to this entry through the RSS 2.0 feed.
« A Meditation on Psalm 104
“Such Were Some of You”: The Language of Christian Identity »

One response to “Willow Creek, and “Dumpster Fire” Christianity”