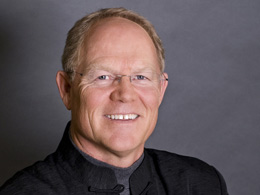 Hank Hanegraaff, the “Bible Answer Man” on many Christian radio stations, has sparked a debate among evangelicals as to what being a “biblical” and “orthodox” Christian really means.

I want to add a short editorial comment, following a curious development involving Hank Hanegraaff, “The Bible Answer Man,” and his recent admission into Eastern Orthodoxy, that I blogged about recently.

The Bott Radio Network is apparently a popular source of syndicated Christian radio, though not available in my state of Virginia. Upon hearing the news of Hanegraaff’s “crossing of the Bosphorus,” Bott Radio Network decided to drop “The Bible Answer Man” from their radio programming, a show that they have hosted since the 1980s. In a news report, the president of the Bott Radio Network, made this statement:

We want to make sure that our listeners know that the programming that we have on Bott Radio Network is thoroughly biblical.

Neither I, nor my Eastern Orthodox friends, are surprised by this. But that is not the whole story. To replace “The Bible Answer Man,” Bott Radio plans to accommodate a new lineup, featuring the teachings of other personalities, including David Barton, of WallBuilders. Presumably, Bott Radio believes that David Barton’s teachings are more “thoroughly biblical” than Hank Hanegraaff’s.

Pause for a moment. 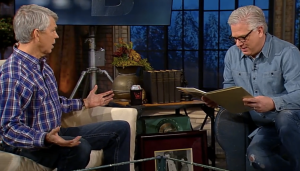 David Barton, a controversial history popularizer, is a frequent guest on a show hosted by TV personality Glenn Beck, a well-known Mormon.

The irony here is that in 2011, a Moody Radio affiliate dropped David Barton from their playlist, when Barton claimed that fellow political conservative, Glenn Beck, another popular radio and TV personality, and an outspoken Mormon, was in fact an orthodox-believing Christian.Three years ago, we explored Glenn Beck’s association between Mormonism and evangelical Christianity, here on Veracity. According to various news reports, including this one, David Barton heard Glenn Beck say that he accepted “the Lord Jesus Christ [as] my Savior and my Redeemer.”  Here is an endorsement by Barton, standing by Glenn Beck’s conversion to Christianity, on Moody Radio:

So, is the Bott Radio Network claiming now that Mormonism is more “thoroughly biblical” than Eastern Orthodoxy?

The Eastern Orthodox are not Protestant. Yes, that is true. But they are far more orthodox in their theology than the Mormons are. The Eastern Orthodox accept the Triune nature of God. Mormonism’s track record on the Trinity is highly suspect. The Eastern Orthodox have not added “newer” books to their canon of Scripture. The Mormons have added newer books. The Eastern Orthodox understanding of how believers become more Christ-like, otherwise known as the doctrine of theosis, is way-way-way different from the classic Mormon idea propagated by the late 19th century Mormon president Lorenzo Snow, “As man now is, God once was; as God now is, man may be.”

We live in strange times indeed.

It is apparent that the good folks at the Bott Radio Network do not know much about Eastern Orthodoxy, or Mormonism, or perhaps both. Sam Storms, a blogger with The Gospel Coalition, has a good summary of Eastern Orthodoxy belief, geared towards educating Protestants.

Clarke Morledge -- Computer Network Engineer, College of William and Mary... I hiked the Mount of the Holy Cross, one of the famous Colorado Fourteeners, with some friends in July, 2012. My buddy, Mike Scott, snapped this photo of me on the summit. END_OF_DOCUMENT_TOKEN_TO_BE_REPLACED
This entry was posted on Thursday, April 20th, 2017 at 6:05 pm and tagged with bible answer man, david barton, eastern orthodoxy, glenn beck, hank hanegraaff, Mormonism and posted in Topics. You can follow any responses to this entry through the RSS 2.0 feed.
« “The Bible Answer Man” Becomes Eastern Orthodox
Why This Christian Thinks the “March for Science” is Not Such a Good Idea »