A Modest Defense of the “Billy Graham Rule” 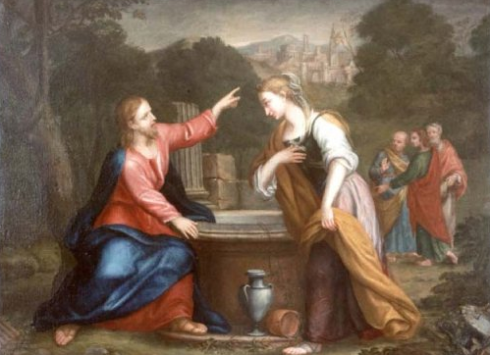 There is quite a bit of chatter in social media recently about Vice President Mike Pence’s adherence to the so-called “Billy Graham Rule.” Many have mocked Pence’s statement that “he never eats alone with a woman other than his wife.” Briefly, the “Billy Graham Rule” was an unwritten pact between the early members of Billy Graham’s evangelistic team, that they would avoid even the appearance of infidelity. These men pledged not to eat, travel, or meet with any woman alone, except their wives. This rule, which covered more than just the issue of sexual infidelity, served to protect this ministry from the allegations of impropriety, for a long string of decades, that many Christians have admired as basic, common sense.

Surprisingly, the criticism of this rule has come, not simply from secular sources, but from Christians as well. Much of the furor concerns the endless egalitarian versus complementarian debates that consume the energies of many of today’s Christians (I tell some of my story here). Progressive Christian blogger, Rachel Held Evans, tweeted that “Jesus scandalized the disciples by meeting with a woman for a drink,” a reference to Jesus’ meeting of the Samaritan woman at the well, in John 4.

The critics have a point. The “Billy Graham rule” arose during a time when it was relatively uncommon to find women in the work force, in the late 1940s. When I began my career in engineering in 1980s, things had drastically changed in society. For about five years, I shared a large office with three other women engineers. There were times when I was alone with one of these women in the office, and neither of us thought anything about it. It was just part of our jobs to work together. So I get it.

But such critics have obscured something essential, in their defense of seeing women fully integrated in the workplace. The “Billy Graham rule” should not be lost as some legalistic concept, to be discarded as being sexist. Rather, we must be mindful of the principle that undergirds the rule, namely, that all people, men and women, who wish to honor their Lord, should not put themselves in compromising situations.

Fundamentally, people like Pence and Graham have been simply protecting their marriages, protecting themselves, and protecting those who have come under their familiar influence. As followers of Jesus, we should all do the same. The human tendency towards sin is much stronger than we are willing to admit to ourselves and realize. What often starts off as legitimate and harmless in our interpersonal relationships, business or otherwise, can easily slip into something completely inappropriate, over a period of time. The principle behind the Graham rule is that we should have those checks and balances in place that will keep us honest. All of us need healthy boundaries, to keep us from crossing lines of behavior, that we would soon regret. Just ask those former pastors and ministry leaders who failed to keep an appropriate version of the “Billy Graham rule,” starting counseling relationships privately, with those of the opposing gender, who after a small indiscretion here and there, eventually lost their jobs, scandalized their ministries, and destroyed their families.

The drawings of those specific boundaries will change as cultural conditions change, and such “rules” may still look strange to outsiders. Jesus met with the woman at a public well, not a dimly lit, secluded room. Yet the concept of a public well, in first century Palestine, seems strange, when contrasted with the contemporary American workplace or ministry setting. We will need to tweak certain applications of the principle behind the “Billy Graham rule,” in a culturally contextual manner. But the principle of avoiding compromising situations is a good thing to keep. Let us not mock that.

Clarke Morledge -- Computer Network Engineer, College of William and Mary... I hiked the Mount of the Holy Cross, one of the famous Colorado Fourteeners, with some friends in July, 2012. My buddy, Mike Scott, snapped this photo of me on the summit. END_OF_DOCUMENT_TOKEN_TO_BE_REPLACED
This entry was posted on Wednesday, April 5th, 2017 at 6:05 pm and tagged with billy graham, complementarian, egalitarian, rachel held evans, sexism, women in ministry and posted in Topics. You can follow any responses to this entry through the RSS 2.0 feed.
« Ivor Noël Hume, and the Evidence for Faith
Vatican II, Embracement, and Pope Francis: Roman Catholicism Today »

One response to “A Modest Defense of the “Billy Graham Rule””