Loving vs. Virginia vs. the Bible 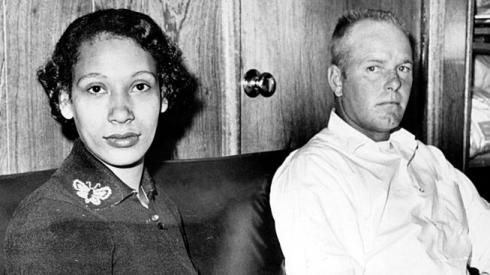 My grandmother grew up in a rural part of King and Queen County, Virginia. In those days, as she put it, the “colored” people lived in communities separate from the “white” people, but everyone seemed to get along.

The house she grew up in was less than a twenty minute drive from Central Point, a very small town in Caroline County, Virginia.  In the mid-20th century, a story developed in Central Point that has forever changed American society, and that still continues to reverberate in the cultural discussions of our day, some 50-60 years later.

Richard Loving and Mildred Jeter were just two teenagers, from rural and mainly poor families, who fell in love with one another.  In 1958, they drove up to Washington, D.C to get married. The difficulty was that Loving was white and Jeter was part-black and part-Cherokee. In the Commonwealth of Virginia in those days, it was against the law for a white man to marry a black woman. When the couple returned to Virginia, the police raided the Loving home, and they were arrested.

Virginia Judge Leon Bazile ruled against the Lovings, and exiled them from Virginia, saying:

Almighty God created the races white, black, yellow, malay and red, and he placed them on separate continents. And but for the interference with his arrangement there would be no cause for such marriages. The fact that he separated the races shows that he did not intend for the races to mix.

A new film by Jeff Nichols, Loving, is a dramatic portrayal of the Lovings’ story. Richard and Mildred decided to fight the verdict, and the case was taken to the United States Supreme Court. In 1967, the Supreme Court ruled in favor of the Lovings in Loving v. Virginia, and the ruling struck down all state laws forbidding interracial marriage. Virginia had been the first to pass such an anti-miscegenation law in 1691.

My grandmother died some years ago, and so I am not sure exactly what she would think about this new movie, where many of the events portrayed happened just a few miles from her childhood home. But I would not be surprised if her sentiments did not echo those of Judge Bazile.

As I have argued elsewhere (here and here), Judge Bazile’s idea, that the Bible forbids people with different skin color from marrying one another, is a complete fabrication, with no foundation in Holy Scripture. But clearly, many Virginians in my grandmother’s generation thought very differently. Sadly, there are still a number of folks in our churches who still think this way, despite what the Bible teaches.

Racism is a sin, and it runs deep from generation to generation. It surely exists in my own life, in ways unconsciously known to me.

Yet what was so insidious about the Loving story is that the Bible was used to blatantly justify such sinful attitudes. Shortly after the Supreme Court ruled in their favor, legally allowing them to return to their home in Virginia as a married couple, a cross was burned in the yard of their home in Caroline County.

A cross? Why would a symbol of Christ’s unending love for you and me be misused as a weapon of fear and intimidation?

The struggle against racism, both inside and outside of the church, has been a long and difficult one. We are almost one year shy of remembering the 50th year since Martin Luther King Jr.’s assassination, and just a few months shy of the 50th year since the Supreme Court’s decision in Loving v. Virginia (June 12, 1967).

What can we learn from the Biblical missteps taken by believers in previous generations? Where has the message of the Bible been misused today? Let us not be deceived by our own chronological snobbery in our day and age. We are not much better than those who lived before us. Technology, and other advancements, have surely progressed, but the human spiritual condition remains the same. Where have we, in our current generation, twisted the Bible to legitimize some sin?

For those concerned about how Biblical values apply to the wider culture, the questions raised by Loving are essential to address (To learn more about the story, HBO did a documentary on the Lovings a few years ago, and here are some clips). If you have the opportunity to view this new film, Loving, I would love to hear from you as to what your thoughts are.

Clarke Morledge -- Computer Network Engineer, College of William and Mary... I hiked the Mount of the Holy Cross, one of the famous Colorado Fourteeners, with some friends in July, 2012. My buddy, Mike Scott, snapped this photo of me on the summit. END_OF_DOCUMENT_TOKEN_TO_BE_REPLACED
This entry was posted on Sunday, January 15th, 2017 at 11:58 pm and tagged with interracial marriage, racism, same-sex marriage and posted in Topics. You can follow any responses to this entry through the RSS 2.0 feed.
« For Those Living in a “Post-Truth” Society: A New Book Co-Authored by Ravi Zacharias
Dick Woodward on BBN Radio This Week (Jan. 16-20) »

3 responses to “Loving vs. Virginia vs. the Bible”