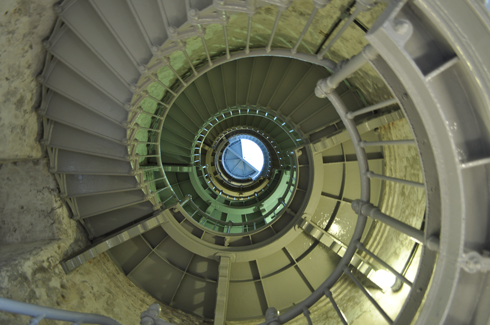 Our summary and review of the Life After Death issue of the Areopagus Journal (Fall 2011) concludes with the paranormal.  If this topic makes you uncomfortable, welcome to the club—that’s probably true for the vast majority of rational beings like you and me.  But like it or not, some people do claim to experience things that are beyond the range of our normal experience or scientific explanation.  Should we believe them?  Are there good apologetic arguments to support Life After Death that make sense based upon paranormal claims?

The Life After Death issue of the Areopagus Journal addressed two paranormal topics: near death experiences (NDEs) and ghosts.  Rather than redact the articles by Dr. Gary Habermas and Dr. Ron Rhodes—as I did in Part 1 and Part 2 of this series—I will link in external material and do more of a paraphrased summary of the points they make (for details get the Areopagus Journal).

Dr. Habermas touched on this topic earlier this month at the 2013 National Conference on Christian Apologetics.  Two things strike me about his approach to apologetics.  First, he makes minimalist arguments—reducing a debate to the minimum number of elements that he needs to make his point, without overreaching.  Secondly, he is very conservative in drawing conclusions—which is a hallmark of credibility.  Here is a quick synopsis of his views on NDEs, from the One Minute Apologist.

After hearing him relate specific cases he has researched, I was enthusiastically thinking those cases would make self-evident apologetic arguments.  After all, a few of them are amazing, and very reliably documented.  But as my co-blogger is quick to point out, we should consider both the affirmative and negative sides of the debate to develop an informed opinion.

This audio debate between Gary Habermas and naturalist philosopher Keith Augustine is worth listening to—because it presents two different conclusions even though there is a lot of agreement between both men.  The debate is civil and informative, and Augustine presents many good arguments that we should consider before offering paranormal arguments to support ideas about life after death.

You won’t find Dr. Habermas making any claims that NDEs can be used to distinguish one worldview from another, however he does conclude that NDEs rule out naturalism.

“Without question, the topic of NDEs raises a number of important worldview concerns.  Several of these are worthy of careful study.  We addressed three of these general areas here—conflicting interpretations, the typical lack of final judgment, and the possibility of occultic involvement.  While our discussion helped to place various guidelines around aspects of this subject, it does not expose anything that challenges the essential facticity and genuineness of at least some of the evidential portions of NDEs.  Though we only looked briefly at this subject of NDE evidence, we close with the hint that some NDEs might just indicate the initial moments of an afterlife.

“We concluded that the study of NDEs alone does not distinguish the various religious traditions from each other.  In this sense, they are worldview nonspecific. However, we argued that it does leave naturalism as the “odd philosophy out” here, due to the central role that denials of the afterlife play in the naturalistic worldview.”
Gary Habermas, Areopagus Journal, Fall 2011

“Our brief survey leads me to the following conclusions: (1) Ghost phenomena are highly subjective and experience based. (2) Many psychics claiming to be in contact with ghosts are engaged in scams. (3) Some people are engaged in genuine spirit contact—though not in contact with a dead human, but rather with a demonic spirit.  (4) People who experience such genuine spirit contact have typically been involved in the occult.

“Does ghost phenomena constitute evidence for life after death? In a roundabout way, yes.  I say this because from a biblical perspective, Satan does not waste his time counterfeiting the nonexistent.  Satan seeks to counterfeit genuine spiritual realities—including the “synagogue of Satan” in place of a genuine church (Rev 2:9), “doctrines of demons” in place of genuine Christian doctrine (1 Tim 4:1; Rev 2:24), false Christs in place of the genuine Christ (Mat 24:4-5), and false prophets in place of genuine prophets of God (Mat 24:11).  Likewise, Satan’s “ghosts” are a counterfeit of the genuine spirits of the dead in the afterlife.  In this limited way, ghost phenomena might be considered as supportive evidence for the survival of the human spirit following death.

“Of course, our best evidence for what lies beyond death comes from the One who came back from death—yea, even conquered death—Jesus Christ (1 Cor 15:55-57).  The Word of God, which documents this victory over death, is our true compass regarding what lies beyond the grave (2 Tim 3:15-17).”
Ron Rhodes, Areopagus Journal, Fall 201

In Part 1 of this series we explored the Old Testament belief in Sheol, and the New Testament’s consistent support for the “two-stage view of life after death,” that forms the large majority position of ecumenical Christianity about the teaching of Scripture.  All four Gospels emphasize the bodily resurrection of Christ, and the apostle Paul affirms bodily resurrection, not disembodied spiritual existence.  Paul believed that it is indisputable that he can exist without his body.  He affirmed that when we die, we are immediately with the Lord, in fellowship with Him.  There is significant textual basis for conscious and active existence between death and resurrection.  The Bible teaches that at death humans appear before God, some remain in fellowship with Him, all are resurrected at the return of Christ, all are judged, and all spend eternity either with Him or with the devil and his angels.

In Part 2 we considered the idea of dualism—that our minds and bodies are wonderfully different.  There is nothing in science that can measure or locate our soul.  It doesn’t have mass, length, width, or location, but we know it is very real.  There is more to know than what can be described in terms of physicalism or materialism.  We also looked at arguments for and against immortality, including the nature of the soul, the nature of God, and the historical resurrection of Jesus Christ.

In Part 3, we concluded with the paranormal topics of NDEs and ghosts—specifically limiting our conclusions to evidenced cases of NDEs and going no further than the evidence leads on either topic.

So after all this heady thinking, what do I think?  Actually I’m more interested in what you think—but if I were to put my cards on the table, I would say it is completely compelling to consider that we are more than material objects, that we were created by a loving God for a purpose, and there is more going on than we can explain.  C. John Collins has some excellent thoughts on reductionism that come to mind as we wrap up this series.

“Even the methodological kind of reductionism can lead to foolishness.  For example, you can understand the workings of my watch by talking about the physics that underlies the LCD numbers and the semiconductor chips, but that hardly explains why the watch tells time: someone has imposed a pattern on the components, that makes use of the physics and makes the parts work together to achieve some goal.  But this working together involves more than the physics of the components.  So the reduction tells only part of the story, and hence the method isn’t very good if we want the true story.  Philosophical reductionism is just what the name says: it is a philosophical position, not a scientific result or necessary premise for science.  It says that this purring cat in my lap is really a set of chemical reactions.  I say it is really a cat, a living structure built out of its chemical components and their reactions.”
C. John Collins, Science and Faith

What do you think?

Clarke and I will be participating in a Facts & Faith symposium (along with Ken Petzinger, Dave Rudy, Dick Terman, and David Thompson) at the Williamsburg Community Chapel, Sunday evenings November 10, 17, and 24, 2013 at 6:30 pm. Please see our post on the symposium for details, and please bring a friend if you’re in the Williamsburg, Virginia area. Click here to register (it’s free).

This blog is topical and devotional--we post whatever interests us, whenever. If you want to follow in an orderly fashion, please see our Kaqexeß page. END_OF_DOCUMENT_TOKEN_TO_BE_REPLACED
This entry was posted on Thursday, October 24th, 2013 at 12:15 am and tagged with Areopagus Journal, Gary Habermas, ghosts, Life After Death, near death experiences, paranormal, Ron Rhodes, veracity and posted in Apologetics, Topics. You can follow any responses to this entry through the RSS 2.0 feed.
« John MacArthur’s Strange Fire
Killing Jesus: I Guess It All Evens Out? »