The Dis-Comfort of Evolution vs. God 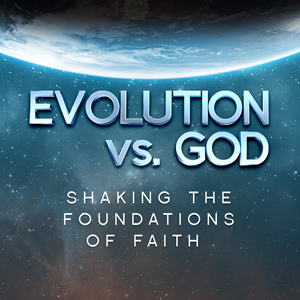 Helpful evangelistic tool or yet another stumbling block for others to hear the Gospel? Apologist Ray Comfort’s new video raises a controversy.

Is it ever appropriate for a Christian to misrepresent the beliefs of other people?

Surely, the answer to this is a no-brainer, but apparently a controversy over a recent evangelistic film suggests evidentially that not all Christians agree when this is happening.  Lest you think that I woke up on the wrong side of bed this morning, let me tell you that there is something bugging me here that simply will not go away.

Though I am not overly familiar with him, I understand that Ray Comfort is an apologist from New Zealand with a ministry to reach out to a lost and hurting world. In the summer of 2013, Ray Comfort released a 40-minute video, Evolution vs. God, which is designed to challenge beliefs about evolution and present a case for the Gospel. Comfort interviews science professors and college students who claim to be atheists because of their confidence that science has somehow disproven the Bible. I have had a chance to see the film, but I have a very mixed reaction to it.

Evolution vs. God:  Some Positive Elements

On the positive side, Ray effectively challenges some misleading ideas when it comes to the scientific theory of evolution. For example, I remember learning in high school that the human appendix was simply a non-functioning by-product of the human evolutionary process. However, more recent scientific research now demonstrates that the appendix actually serves a very important purpose in the human immune system. In this example and in other areas, Comfort correctly makes the observation that some presuppositions about evolutionary theory have led people to make some rather wrong and, furthermore, even a few morally disturbing conclusions.

Also, Ray Comfort does demonstrate confidence in engaging the students and professors he interviews.    Too often, Christians shy away from talking with others about science and faith issues, and so Comfort illustrates that believers need to prepare themselves in learning how to defend the faith and not run away when topics concerning science come up.

Evolution vs. God: Some Real Problems

OK. So there are some good things to say about the film.  But sadly, I was bothered by some of the ways the interviews with the  scientists and students were handled…. I mean, I was really bothered…. For example, in several cases Ray Comfort selectively edits quite a bit of these video interviews. Comfort asks the scientists for observable evidence showing that evolutionary change in animals from one kind to another is happening now. Comfort is correctly noting the challenge of relating contemporary, observable and repeatable experiments within the laboratory to the historical observations found in the fossil record.  Unfortunately, Comfort manages to omit explanations from his interviewed scientist subjects detailing exactly how scientists use the “here and now” observations from within the laboratory to draw conclusions with respect to historical data in the past.

P. Z. Myers is an outspoken atheistic scientist whom Ray Comfort interviewed. After the film was released, Myers  claimed that Comfort’s selective editing of the interview misrepresented his views.    Comfort and Myers have their points of disagreement, but breeding an atmosphere of distrust by such selective editing is hardly beneficial.

In a recent Veracity posting, John Paine referenced an interview done by the Daily Show with apologist Matt Slick of CARM. In my first look at that video, I was really embarrassed as a Christian by what Matt had said, until I read Matt Slick’s response showing where the editors of the Daily Show had selectively edited portions of the interview to make Matt Slick sound really narrow-minded. Mmmmm. Perhaps we should be a little more careful in how we consume things in the secular media…. and now with Ray Comfort’s film, the same need for critical discernment applies in the Christian media.

Here is one other annoyance I have with Evolution vs. God. Comfort asks young college students if they can produce any current, observable evidence for evolution of “kinds” of animals. Most of the students simply had no answer, so therefore the implication was that macro-evolution was simply indefensible. However, how many times have young, inexperienced Christians been challenged by skeptics regarding their Christian beliefs about God and the Bible and have been unable to quickly come up with intelligent sounding answers?   Making atheists look stupid is just as bad as making Christians look stupid.

Distinguishing Between the Young Earth Creation Position Itself vs. How it is Presented

Despite some of the positive contributions made by Ray Comfort, in my view Evolution vs. God comes dangerously close to breaking the commandment not to bear false witness against your neighbor, if not crossing the line outright.  However, this should not be taken as a criticism of Ray Comfort’s views on Young Earth Creationism per se. The Young Earth community does raise some significant philosophical and theological issues that need to be addressed.  However, if Evolution vs. God represents the best method for presenting the case for Young Earth Creationism, then perhaps Ray Comfort needs to seriously think again.   I am encouraged by Ray Comfort’s intention to uphold the supreme authority of the Bible and reach out to others with God’s Truth, but the execution of Comfort’s ministry is immensely frustrating.  My objection is not so much over what Ray Comfort is attempting to say but rather over how it is being said. Young Earth Creationists rightly observe that their arguments are too quickly ridiculed by those who disagree with them.  But turning around and “returning the favor” seems to me to be hardly becoming of a Christian apologist. By the time Comfort actually gets around to making a Gospel presentation to those he interviewed, I found myself cringing and pleading for a “do-over”. In the end, this lack of constructive dialogue only serves to undermine the very case that the Young Earth community hopes to make.

Interestingly enough, when pressed with criticisms like mine, Ken Ham, the director of Answers in Genesis, does not agree. Ken Ham asserts that Ray Comfort is merely presenting evidence that demonstrates the failure in the logic of evolutionary thinking.  Ken Ham does have a point to make, but Ham also sees no “evidence” that the film itself is misrepresenting the views of other people and treating them unfairly. Mmmm…I wonder about that. Watch the video and decide for yourself.

I would suggest that after you watch the video, that you also watch the following short video response from Jeff Zweerink at Reasons to Believe. Reasons to Believe, though an Old Earth Creationist ministry, does not accept the theistic evolutionary approach to human origins, in this area largely agreeing with Answers in Genesis, which makes the criticisms of Ray Comfort’s video even more illuminating.

Does Ken Ham have the better side of the argument over the method of Ray Comfort’s presentation in Evolution vs. God? Did I really wake up on the wrong side of the bed today?  I do not see eye to eye with Ken Ham on this one, but if someone can show me why my negative criticisms of the film are unfounded, I would be happy to change my opinion.

You can read a more extensive review of the film at the Uncommon Descent blog from an Intelligent Design perspective.

And, finally, here is a brief promo from Answers in Genesis and Ray Comfort’s Living Waters ministry. Are there any Young Earth Creationists out there who are cringing over this film?:

Clarke Morledge -- Computer Network Engineer, College of William and Mary... I hiked the Mount of the Holy Cross, one of the famous Colorado Fourteeners, with some friends in July, 2012. My buddy, Mike Scott, snapped this photo of me on the summit. END_OF_DOCUMENT_TOKEN_TO_BE_REPLACED
This entry was posted on Friday, October 4th, 2013 at 5:15 pm and tagged with Evolution, Jeff Zweerink, Ken Ham, Old-Earth Creationism, Ray Comfort, veracity, Young-Earth Creationism and posted in Topics. You can follow any responses to this entry through the RSS 2.0 feed.
« Bill Nye…. and Bible Guy?
Facts & Faith Symposium »

2 responses to “The Dis-Comfort of Evolution vs. God”