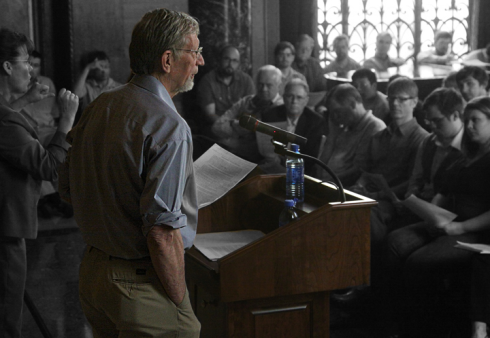 Have you ever heard a presentation of the Gospel that goes something like this: “Hell is hot, death is certain, Jesus saves, turn or burn”? This is the Ripley’s (Believe It or Not) version of the Gospel. While this presentation may work—if only pragmatically—on a theological level, it’s a complete mess on a personal, relational level. It falls so short of the mark. Unfortunately, there are a lot of people who hear the message of Jesus Christ just this way.

I came across a common theme in atheists’ objections to Christianity three times last week—specifically that Christians are misguided. You know: the Bible is a bunch of fairy tales and legends, a loving god wouldn’t allow evil and suffering, there is no god, hell is an invention, science disproves Christianity, and so forth. (If you’re not running into these objections might you be playing it a little too safe in sharing your faith?) One atheist posted a rant in which the sophomoric level of his uninformed statements exposed his unwillingness to think rationally about theism and Christianity. They also pointed to a long line of Believe-It-or-Not presentations that left negative impressions. (His argument denying the plausibility of God was solely based upon his personal conviction that there can be no such thing as hell.) Who ‘shared’ their faith with him, and how? Too much truth and not enough grace?

Ditto a former pastoral intern who now denies the existence of God. Ditto a mother telling me about her son’s disbelief.

Many atheists have objections to the Gospel that transcend logic and reason, tumbling to emotional reactions and needs. Some of them have remarkably negative impressions of Christians they have known. Some are victims of their own skepticism. It’s hard to unwind the damage of negative impressions with this type of atheist.

But not all atheists are biased. Some, believe it or not, are inclined to think carefully and investigate the claims and content of the Bible. For example, Lee Strobel, C.S. Lewis, Anthony Flew, Francis Collins, Alister McGrath, Aleksandr Solzhenitsyn, Rosaria Butterfield, Anne Rice, and Chuck Colson to name but a few.

Suppose you encounter an atheist who is a deep thinker. What can you offer him or her? I hear objections like “Science disproves Christianity,” and immediately think of Hugh Ross. “The Bible was corrupted over time”—Dan Wallace. “There is no God”—William Lane Craig. “A loving god wouldn’t allow suffering”—Dick Woodward. Obviously there are a lot of other issues and questions, but if you’re talking to a pure atheist, they won’t get very far until you’ve addressed these objections.

Can Veracity help? Searching for God and Does God Exist? succinctly highlight material for those who wonder about the existence of God. You might lay out Why I Believe, written to avoid “because the Bible says” and “because God has been so good to me” reasoning while offering 50 tangible reasons and resources for those willing to investigate. You could also offer Confidence in Jesus Christ, the Joy of Personal Discipleship, which speaks to the value of personally investigating the claims and content of the Bible. You might point them to our Kaqexeß page for thought-provoking posts and resources, and let them address their own questions.

But suppose they still have objections. Suppose some additional unwinding is needed. You might up the debate by focusing on the question “Is Christian belief warranted?” and employ a little analytic philosophy (i.e. using logic, clear definition, and the careful enunciation of arguments, with an emphasis on the derivations of conclusions from premises). And to land that plane, you could use Alvin Plantinga’s masterpiece of logic, Warranted Christian Belief.

On the other hand, however, the book is an exercise in Christian philosophy: in the effort to consider and answer philosophical questions—the sorts of questions philosophers ask and answer—from a Christian perspective.

Plantinga is among the most cerebral thinkers in the field of analytic philosophy. He has influenced the work of theologians and philosophers, including William Lane Craig. If reading Plantinga doesn’t unwind their skepticism–at least to open the door to the possibility that Christians are not misguided—chances are you’re not dealing with an intellectual objection at the root.

Sharing the Christian faith ‘properly’ has a personal price—people don’t care how much you know until they know how much you care. That takes time and empathy. It also takes time to unwind. “Be merciful to those who doubt,” for lots of reasons.

This blog is topical and devotional--we post whatever interests us, whenever. If you want to follow in an orderly fashion, please see our Kaqexeß page. END_OF_DOCUMENT_TOKEN_TO_BE_REPLACED
This entry was posted on Monday, September 2nd, 2013 at 10:00 am and tagged with Alvin Plantinga, atheism, Christianity, veracity and posted in Apologetics. You can follow any responses to this entry through the RSS 2.0 feed.
« Rhetoric That Still Matters: “I Have a Dream”
Christians in Assad’s Syria »

2 responses to “Unwinding with Alvin Plantinga”