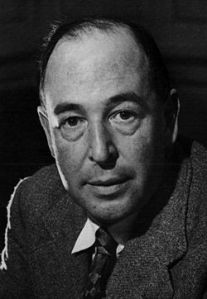 In 2013, we remember the 50th anniversary of the death of C.S. Lewis. Though his death back then was overshadowed by the assassination of President John F. Kennedy, I would argue that at least for followers of Jesus, C.S. Lewis has had a far more profound and lasting influence than even JFK…. but how well did he do as a theologian?

Lewis was clearly the most popular Christian apologist of the 20th century. His works have been cited as a major factor in the conversions to faith of numerous prominent Christians, ranging from the scientist and U.S. National Institutes of Health director, Francis Collins, to the British atheist and molecular biologist turned theologian, Alister McGrath. Lewis’ Chronicles of Narnia books remain bestsellers among children’s fiction, several of the books having been portrayed in big-budget, major motion pictures. He was a member of the Inklings, a group of Oxford scholars that included such literary luminaries as J.R.R. Tolkien, author of The Hobbit, and (indirectly) Dorothy Sayers, the inspiring visionary of the classical Christian education movement. Lewis’ classic introduction to Christian faith, Mere Christianity, is also the slogan for a major Christian magazine, Touchstone, and his writings form part of the “canon” of many homeschooling curriculums.

For any Christian living in the past fifty years or more, Lewis has been big stuff. However, where does Lewis stand now in the mind of 21st century Christianity? Oddly enough, his legacy is somewhat controversial among some Christians.

When I began to take a serious interest in spiritual things in the 1980s, C.S. Lewis was all of the rage in Christian circles. Back then, I really disliked popular authors so I pretty much stayed away from Lewis. Some thirty years later, times have changed. C. S. Lewis is still being read, and based on book sales, he is more popular now than when he was living.

But who really reads Lewis, particularly his apologetic works? In my experience, I find that reading habits of his works tend to vary. New York City pastor and author, Tim Keller, admits that the reason why he wrote his The Reason for God (which I highly recommend as  one of THE best contemporary books on Christian apologetics in recent years) is that he sensed that C. S. Lewis’ writing style was being lost on a new generation of readers who find Lewis’ vocabulary as sometimes difficult to grasp. So now that Lewis is ironically  less popular a writer in some ways, I find that I like him a lot more these days.

Lewis can be challenging for some. Lewis remains indeed a powerful voice advocating traditional moral values in a secularized culture. Although abortion and homosexuality were not major cultural issues in mid-20th century Britain, Lewis did consider abortion to be immoral and he advocated celibacy for those struggling with same-sex attraction. He was definitely not a feminist, as he considered the idea of women as priests or pastors to be something contrary to God’s purposes.

However, in other areas,  C.S. Lewis probably thought differently when compared to today’s standard of what determines generally accepted Christian belief.  Some even question whether or not the label “evangelical” should be properly attached to Lewis. Below is a list of beliefs associated with C.S. Lewis.  Some of the hyperlinks noted below reference blog postings that quote Lewis extensively:

Some Veracity readers might be scratching their heads, wondering what some of the things above really mean (Have no fear, we have covered some of these topics before, like inerrancy, old-earth and theistic evolution, science-and-the-bible, religious pluralism, and we hope to cover some others in the future. So stay tuned!).

It must be noted that Lewis himself stated that he was no theologian. He never systematized his thoughts. In some cases, he agreed that things did not fit very well together, and he may have changed his mind on the ideas expressed above after he committed his thoughts to pen and paper. Surely, Lewis made at least some theological errors, and yet the other extreme offered by some fundamentalists that Lewis was not even a real Christian seems like a case of over-the-top, theological nit-picking.

What fascinates me is how much Lewis is still venerated by so many Christians, and yet, a careful examination of his thought shows that his theology does not always mesh very easily with accepted conservative evangelical belief today.  Do people just not bother to really read Lewis, or do they hold their noses as they read him?  So is Lewis still really a champion of Christian orthodoxy, or was Lewis a “mere” mere-Christian, who although his heart was in the right place, was still an intellectual contrarian who wrongly held onto some rather suspect, if not just plain wrong, theology? In my view, we need to cut Lewis some slack, but at the same time, some of his more fuzzy theological points should nevertheless spur us on in our own study of Scripture to find greater clarity and improved understanding.

What do you make of all this? Perhaps the best place to start is to go right to the source: read some C.S. Lewis!!

If you are completely new to C.S. Lewis, look at John Paine’s introduction to Lewis on Veracity.

Clarke Morledge -- Computer Network Engineer, College of William and Mary... I hiked the Mount of the Holy Cross, one of the famous Colorado Fourteeners, with some friends in July, 2012. My buddy, Mike Scott, snapped this photo of me on the summit. END_OF_DOCUMENT_TOKEN_TO_BE_REPLACED
This entry was posted on Monday, August 26th, 2013 at 7:25 pm and tagged with C.S. Lewis, theology, veracity and posted in Apologetics, Witnesses. You can follow any responses to this entry through the RSS 2.0 feed.
« Embarrassing Witnesses
Rhetoric That Still Matters: “I Have a Dream” »