Why Ravi Zacharias International Ministries (RZIM) Should Change Their Name

With the report from RZIM’s law firm released last week, the situation is worse…. far worse than I could have imagined. It makes me sick to my stomach. I agree now, with Glen Scrivener below.  What we need is “root and branch” reform, not *simply* a name change.  I stand admonished.  Thank you, Glen.

What's the answer to Ravi's abuse?
Not a name change.

The recent allegations of inappropriate sexual activity, dating back several years ago, by the late apologist Ravi Zacharias, are heartbreaking. I discovered this latest news several weeks ago about the spa workers on Julie Roys’ blog, which now is news at Christianity Today magazine. I corresponded with the “whistle blower,” Steve Baugham, several years ago, and you can read some of my interactions with him on the Veracity blog. 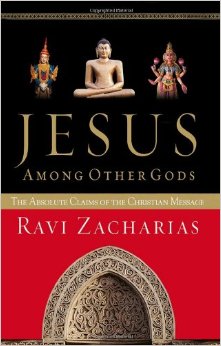 My main interest with Ravi Zacharias from several years ago was over the inaccurate promotion of Ravi’s academic credentials by Ravi Zacharias International Ministries (RZIM). I was aware of a sexting controversy involving Ravi as well, but felt like I had nothing to say about it, as the exact details were unknown, due to a non-disclosure agreement that Ravi had with another party.

I personally reached out to a member of RZIM’s team that year, and received a personal phone call, for which I was grateful. My concern back then was that RZIM had delayed in resolving the academic credentials, a matter which should have been resolved within a matter of weeks, but that actually took about 2 years to get rectified. I received assurance that RZIM was doing their due diligence and doing the right thing. I have a tremendous amount of confidence in many of the persons who do great apologetic ministry work with RZIM, so I was grateful that RZIM was taking the steps to put these matters behind them.  May their efforts in building the Kingdom increase.

However, in view of the recent allegations, I believe that now would be a good time to take an additional step, and rename Ravi Zacharias International Ministries, to honor and respect the new generation of Christian apologists, many of whom were personally discipled by the late Ravi Zacharias (Frankly, I think that a name change would be a move that even Ravi would applaud!).

According to the CT article, RZIM has engaged a law firm to investigate these new allegations. I would sincerely hope that these allegations could be proven false, and Ravi’s full legacy could be restored. As a long time enthusiast of Ravi Zacharias, having taught several adult Bible classes using his teaching material, I would greatly welcome that outcome.

Nevertheless, it has bothered me for several years now that Ravi Zacharias had been wrongly put on a pedestal, by many of his supporters. Sadly, I have known of several admirers of Ravi who have doubled-down in defending certain aspects of Ravi, when they really have not done the hard work of actually listening to different points of view, and investigating different perspectives, that conflict with the narrative that Ravi portrayed in his public ministry…. and I am not just talking about the scandals, I am also talking about sincere criticisms of certain apologetic methods and arguments used by Ravi.

On the one hand, Christians should do their very best to defend the honor and reputation of their leaders. The Gospel does cause an offense, and so, we should not be surprised when the Enemy sows seeds of distrust by making false accusations against Christian leaders.

At the same time, Christians should be seekers of the truth. We should be willing to admit when we are wrong, when presented with convincing evidence. We should embrace the truth, even when it might be painful to do so.

The line between defending the reputation of Christian leaders and the pursuit of truth can be sometimes difficult to find. I wrestle with this a lot. Yet President Ronald Reagan’s adage offers some sound wisdom here, “Trust, but verify.”

Some of us can become overly skeptical and fail to trust anyone, other than themselves, which is not the best path to take, considering that we as humans have the unavoidable tendency to deceive ourselves immensely. Christian doctrine has another name for this: it is called “original sin.” Nevertheless, others of us can be so trusting that we fail to take the necessary steps to verify that what our leaders are telling us is indeed truthful and reliable. We need discernment. We need more concentrated study into God’s Word to gain wisdom.

So, what if the latest accusations against Ravi hold true? It would not mean that everything about Ravi’s ministry should be invalidated. If we were to judge everyone on this type of standard, then our Bibles would become very small indeed. Abraham pimped his wife. Moses killed a man in cold blood. David committed adultery and had the woman’s husband killed. These are patriarchs of our faith. The Bible is quite clear that all of us have skeletons in our closet, that we would prefer would just remain there.

Ravi’s career as a Christian apologist offered a display of a number of good arguments for the Christian faith, that personal failings themselves can not undo. The many gifted students of Ravi’s, who are now leading RZIM, need not be lumped together and taken down by any of Ravi’s supposed failings.

Would I continue to recommend Ravi’s books to others?… Mmmm… I am not sure about that….. No matter what, the failures of Ravi’s life should serve as illustrations for up and coming apologists to take heed, and learn some tough lessons, and engender a better sense of accountability.

Let us pray for Ravi’s family and RZIM that things will turn out for the best. Until the investigation makes a conclusion, hard though it will be, I want to do my best to prefer to honor the tradition commonly upheld in American jurisprudence, “Innocent, until proven guilty.”

However, even if Ravi is exonerated from these latest accusations, I am afraid that his legacy has been sufficiently tarnished, that it would not be good for RZIM to continue their work, with the name of Ravi Zacharias so boldly displayed on the masthead. Ministries like RZIM should be focused around a common vision statement, statement of faith, and a shared covenant held by staff/supporters, and not around a particular personality. When a ministry becomes solely attached to the name of a famous, yet ultimately flawed person (which we all are!!), it can easily sink the reputations of others who are not associated with lingering scandal.

Sadly, Protestant evangelicalism has developed a reputation of promoting a type of “celebrity pastor” culture that does more harm than good.  It harms those who follow after such “celebrity pastors.” It reinforces the skepticism and distrust of those who stand outside of the church. Furthermore, the pressures of trying to fit into the role of the “celebrity pastor” is an impossible task for that “celebrity pastor” to fill, which if the CT story is correct, goes a long way in explaining the current controversy involving Ravi Zacharias.

Therefore, changing the name of RZIM to something that more reflects the common vision of purpose of the band of apologists that Ravi once mentored, and who now lead the ministry, would be the prudent thing to do.  Let us not attach ourselves to the legacy of sin-prone human, failing persons. Instead, let us refocus on lifting up the unfailing name of Jesus. To God be the glory.

Clarke Morledge -- Computer Network Engineer, College of William and Mary... I hiked the Mount of the Holy Cross, one of the famous Colorado Fourteeners, with some friends in July, 2012. My buddy, Mike Scott, snapped this photo of me on the summit. END_OF_DOCUMENT_TOKEN_TO_BE_REPLACED
This entry was posted on Tuesday, September 29th, 2020 at 4:00 pm and tagged with Ravi Zacharias and posted in Topics. You can follow any responses to this entry through the RSS 2.0 feed.
« The Whole Christ, by Sinclair Ferguson, A Review
Does Science Make the Biblical Doctrine of Original Sin Obsolete? … (Glenn Morton’s Last Stand) »