Is It OK For Christians to Doubt?

“Everybody’s” talking about it. Marty Sampson, a songwriter for Hillsong, announced on social media that he is seriously questioning his faith.

Well, if by “everybody,” you mean, those who pay attention to what is going on in the Christian music world, then sure.

Me? So, I really do not know that much about Marty Sampson’s role in Hillsong. But I get why such news can bother some people. 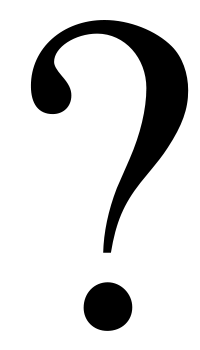 As someone who has helped to lead music in Christian worship settings for years, I have enjoyed Hillsong’s music. But I am also quite aware that Hillsong has its detractors, by those Christians who dismiss Hillsong as “theologically shallow.”

Either way, I am always disturbed and disappointed when I learn that an influential Christian leader has turned out to be somebody different, from who I thought that person was.

It gets even more grieving when otherwise sincere Christians inappropriately criticize doubters, like Marty, by saying some really insensitive things, like “You must not have been a true Christian,” or “You reject God because you want to justify your sin,” or “Satan has taken control of your life.”

The fact of the matter is that a lot of Christians wrestle with doubt. Not everyone, though. Like Marty, there have been a number of times in my life where I have wrestled with doubt. Some people are more prone to doubt than others. I just happen to be in that group more prone to doubt. Perhaps Marty Sampson is there, too.

Apologist Michael Licona, and his wife Debbie, who is a Christian music worship leader, put out the following video. The Licona’s do an excellent job addressing the question of doubt, for Christians, showing that it is OK to doubt, while encouraging those who doubt to explore resources, that help believers work through their doubts. Here are a few takeaways I had with the half-hour video:

Enjoy!! There is life to be found in God’s Word!!

Clarke Morledge -- Computer Network Engineer, College of William and Mary... I hiked the Mount of the Holy Cross, one of the famous Colorado Fourteeners, with some friends in July, 2012. My buddy, Mike Scott, snapped this photo of me on the summit. END_OF_DOCUMENT_TOKEN_TO_BE_REPLACED
This entry was posted on Tuesday, August 20th, 2019 at 7:30 pm and tagged with doubt, Marty Sampson, michael licona and posted in Apologetics. You can follow any responses to this entry through the RSS 2.0 feed.
« On Baptism: Why I Want to Worship at an Interdenominational Church
When “Flat/Young” Earth Apologetics Run Off the Rails »

One response to “Is It OK For Christians to Doubt?”