What Al Mohler Gets Right … and Wrong … about the Revoice Conference 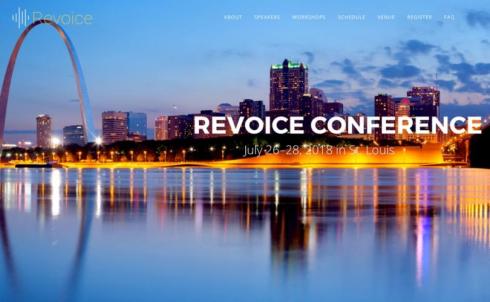 Al Mohler, the president of Southern Baptist seminary, and host of The Briefing, a podcast I recommend, is an important voice in evangelical Christianity, offering moral clarity and biblical perspective on critical, cultural issues challenging the church today. So, it is with some thoughtful hesitation that I must offer a rejoinder to a recent commentary he gave on WORLD magazine’s, The World and Everything in It, radio and podcast program.

In Dr. Mohler’s three and half minute commentary, he expressed grave concerns about the Revoice Conference, a new church conference, being held this week in St. Louis. A look at their website summarizes its purpose, that of “supporting, encouraging, and empowering gay, lesbian, same-sex-attracted, and other LGBT Christians so they can flourish while observing the historic, Christian doctrine of marriage and sexuality.”

What bothers Dr. Mohler the most is the rather broad use of LGBT-type terminology and identity language when it comes to sexuality. In particular, Dr. Mohler is alarmed by one workshop session entitled, “Redeeming Queer Culture and Adventure.” He concludes that the organizers of Revoice are trying to embrace something that is, in reality, contradictory. In other words, you can not affirm any redemptive aspect of “queer” culture and at the same time hold to a Scriptural model of sexual morality.

Dr. Mohler has a point here. If I was leading the workshop, I would steer away from the “queer” terminology, as it has such negative connotations in the church today. Furthermore, many Christians are becoming confused as to what to think about gender identity issues. In this respect, Dr. Mohler is totally right. If someone identifies themselves as a “gay Christian,” without clarification, it could be very, very troubling, as our identity should be founded on Christ, and not upon our sin.

Sadly, however, Dr. Mohler’s critique completely misses the reason why the conference is being held in the first place. It is time to set the record straight.

When Exodus International, the largest “ex-gay” ministry in the world, ceased to function back in 2013, it left a huge void as to how Christians can faithfully minister the Gospel with those who wrestle with same-sex attractions, all while western societies appear to be racing towards the legal acceptance of same-sex marriage. Christians can be thankful for testimonies from authors like Rosaria Butterfield and Christopher Yuan, and those in the Restored Hope Network, who despite great difficulties, have found deliverance from their struggle with same-sex desire.

However, not every Christian shares that same set of positive experiences.

A small, yet still significant, group of believers in our churches have been doing everything they can to try to change their sexual orientation, and yet the hoped for deliverance has never come. They have tried counseling, psychotherapy, prayer, parental reconciliation, even shock treatment, and still, they wake up in the morning, still finding themselves attracted to members of the same sex. And yet they honor the Bible’s teaching on sex and marriage.

They feel sidelined by the church. They remain silent in our congregations, fearful of being exposed. How can the church effectively offer the love of Christ, and the support of welcoming community, to these people?

The Revoice Conference exists to try to answer that very question.

Contrary to Dr. Mohler’s puzzling view that the Revoice leaders “want evangelicals to accept LGBTQ identity as permanent,” like trying to pull the wool over our eyes, there are believers in our churches who are trying to figure out how to live the Christian life, when their sexual attractions do not appear to be changing, as Dr. Mohler would expect them to be. Author Gregory Coles is one of them. I have several such Christian friends.

I am not able to attend the conference this year, but I am very glad that this conference exists, as it is an attempt to fill that void with praying people who care about this “sexual minority” group. The thought of hundreds of otherwise silent believers standing together, singing their praise to Jesus, is really exciting!

I probably will not agree with everything being “revoiced” at this conference. Nevertheless, we need to have conversations about this in the church, including between the likes of Dr. Mohler and the Revoice Conference leaders.

But can I make a plea for one thing? When having these conversations, let us please not throw people, who are finding it difficult to flourish in evangelical churches, under the bus in the process. Let us embrace them with joy instead!

Clarke Morledge -- Computer Network Engineer, College of William and Mary... I hiked the Mount of the Holy Cross, one of the famous Colorado Fourteeners, with some friends in July, 2012. My buddy, Mike Scott, snapped this photo of me on the summit. END_OF_DOCUMENT_TOKEN_TO_BE_REPLACED
This entry was posted on Friday, July 27th, 2018 at 8:00 am and tagged with al mohler, revoice conference, same-sex attraction, same-sex marriage and posted in Topics. You can follow any responses to this entry through the RSS 2.0 feed.
« The Historical Adam
Is the Temptation to Sin, Itself, Sin? »