The Promise of the Land in the Old Testament: Zionism #8 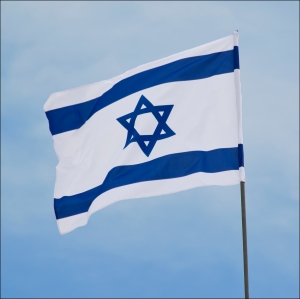 Israel, the land, in the Old Testament.

Picking up from where we left off a few weeks ago….

When we read the Old Testament, it becomes quite clear that the ancient Jewish people, Israel, were given a promise of a homeland. An early figure in the Bible, Abram (or Abraham), was unilaterally called by God to leave his former home, back when he was still a moon worshipper, to settle in this patch of real estate in the Middle East, where he could worship the one true God. This God would give Abraham and his descendants a claim to this land.

Now the Lord said to Abram, “Go from your country and your kindred and your father’s house to the land that I will show you. And I will make of you a great nation, and I will bless you and make your name great, so that you will be a blessing. I will bless those who bless you, and him who dishonors you I will curse, and in you all the families of the earth shall be blessed.” (Genesis 12:1-3 ESV)

And he brought him outside and said, “Look toward heaven, and number the stars, if you are able to number them.” Then he said to him, “So shall your offspring be.” And he believed the Lord, and he counted it to him as righteousness. And he said to him, “I am the Lord who brought you out from Ur of the Chaldeans to give you this land to possess.” (Genesis 15:5-7 ESV)

Not only that, but many understand this claim to the land to be permanent:

Some say that Joshua’s conquest of the land of Canaan fulfilled the promise in this covenant (Joshua 21:43-45). Throughout history, and to this day, there have always existed at least some Israelites who have inhabited the land.

Others say that Joshua’s conquest of Canaan only partially fulfilled the land promise. But however one understands the outcome of Joshua’s conquest, the unconditional character of the land promise stands out. However, the ability for Israel to actually stay in the land, paradoxically, did have conditions placed on it. This paradox has puzzled readers of the Bible for centuries.1

Unconditional and Conditional Statements about the Land in the Old Testament

The people who were given the land were called to be obedient to God’s commandments.  If they did not obey the commandments, God would punish. Jeremiah 18:7-10 lays the principle out.

Leviticus 18:24-30 includes a stern warning to the Jewish people of the land. They are to keep God’s commandments, lest God decides to “vomit” the people out of the land:

You shall therefore keep My statutes and My judgments…lest the land vomit you out also when you defile it, as it vomited out the nations that were before you. (Leviticus 18:26a, 28).

History has proven that God meant what He said. The people disobeyed God and worshipped false gods, so he sent the bulk of the people into exile into Babylon. The people were able to finally return to the land, but centuries later, the Jewish people were partially dispersed yet again, after the destruction of Jerusalem in 70 A.D. and after the following final uprising against Rome, which led to the near total expulsion of the Jews from their homeland by Emperor Hadrian in 135 A.D.

Perhaps the resolution of this tension may be found within the pages of the New Testament. However, different ways of reading the New Testament among Christians in this area have produced varying results. An advocate of one particular way of reading will often claim that their way of reading is “clear,” in contrast with other views. As I will try to show in the following blog posts, such claims of obvious clarity are far from being self-evident.

1. Understanding the nature of the Abrahamic covenant is at the heart of the debate concerning Christian Zionism. Even during times of exile, there were at least a small number of Israelites who remained in the land. The view among Christians that suggests that the land promise given to Abraham was already fulfilled in the past by Joshua’s conquest of Canaan, or sometime else in Old Testament history, is known as a preterist view. The term “preterist” refers to the “past,” therefore a preterist believes that a particular prophecy has already been fulfilled in the past. In a sense, all Christians are preterists in that all Christians believe that at least some Old Testament prophecies, such as those that announce the coming of the Messiah, have already been fulfilled. However, there are other prophecies that are yet to be fulfilled. Such prophecies are understood to be futurist; that is, to be fulfilled in the future, in contrast with preterist. So, in which category does the prophetic promise about the land fit: the preterist or the futurist? The futurist approach to the Abrahamic covenant is by far the most common belief held by evangelical Christians. ↩

2. Some advocates for Zionism, such as theologian and apologist Michael Brown, a messianic Jew, argue that the promise itself for the land is unconditional, but that the realization of that promise in Israel’s national life over time is indeed conditional. Eventually, God will win over the Israelites and permanently fulfill that promise. But Brown’s critics argue that Israel’s failure only demonstrates that God has another, better plan in mind to fulfill his unconditional promise, one that national Israel would not have expected. For example, listen to this debate between Brown and Seventh-Day Adventist Bible teacher Steve Wohlberg on Brown’s Line of Fire radio program, November 29, 2012. Both Michael Brown and Steve Wohlberg share the same ethnic Jewish background. ↩

Clarke Morledge -- Computer Network Engineer, College of William and Mary... I hiked the Mount of the Holy Cross, one of the famous Colorado Fourteeners, with some friends in July, 2012. My buddy, Mike Scott, snapped this photo of me on the summit. END_OF_DOCUMENT_TOKEN_TO_BE_REPLACED
This entry was posted on Saturday, August 20th, 2016 at 5:06 pm and tagged with church, Israel, zionism and posted in Topics. You can follow any responses to this entry through the RSS 2.0 feed.
« William and Mary, Confederate Memory, Faith, and the Power of Symbols
Announcement: Romans 9-11 Panel Discussion! »