End of the Beginning

“You intended to harm me, but God intended it for good to accomplish what is now being done, the saving of many lives.”
Genesis 50:20 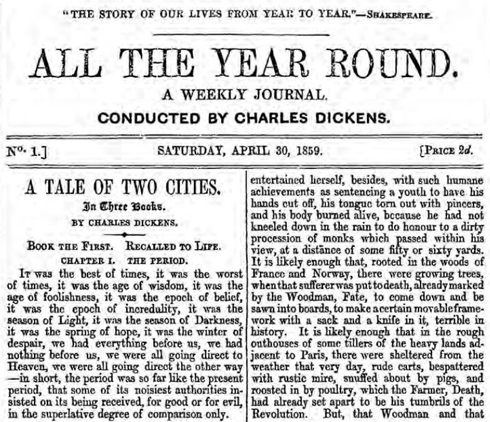 The beginning of the Bible—the book of Genesis—ends with the biography of Joseph. More than one-third of Genesis is devoted to telling his story (so it’s important), and it’s full of the kind of details a family would prefer to forget. If you don’t remember the story of Joseph, give it a read here, or get this app and listen on your mobile device.

Joseph was sold into slavery by his brothers (who debated whether to kill or sell him). He became the servant over an Egyptian household. He was framed and sent to prison. He became the inmate-overseer of the Egyptian prison. He was left behind in a dungeon and forgotten for two years after correctly interpreting the dreams of Egyptian officials. But eventually Joseph was brought before Pharaoh and put in charge of Egypt—where he was able to save many lives. His descendants (Joshua, Gideon, and Samuel among others) became leaders of the Hebrew people, writing significant portions of the Old Testament.

There’s a tremendous amount of dualism in Joseph’s life. That dualism gives us a clear picture of the providence (and sovereignty) of God. God can and does use bad situations and circumstances to accomplish good.

In case you haven’t noticed, lately on Veracity we’ve been paddling a bit around Calvinism and what goes with it. I’ve had more than a dozen offline (and very interesting) discussions with friends and readers, and received several emails on the topic. But this isn’t a post about Calvinism.

Our home church has been through a tumultuous year.

If it were solely up to me everything would work out well for everybody, all of the time. No controversy, just happy faces in the pews, all singing in perfect harmony. But that’s not how life works. As Jim Davis notes, “Sometimes it’s going to hurt.” God has a plan for our lives, and that plan includes having to deal with trouble—to accomplish God’s purposes (there’s that Calvinism thing again). Ultimately we can trust God or not.

So…as wearisome as discussions about our tumult have become, we clearly have quite a lot to be thankful for. God cares for and about us. God has blessed us richly.

Our church has a mission statement that says, in part, we are “called to make disciples of Jesus Christ by meeting people where they are on their spiritual journey.” We are all on a spiritual journey. Truth be told, we often can’t tell the beginning of the end from the end of the beginning. The biblical pattern is not to dwell in the difficulties, but to overcome them just as Joseph did by trusting that God is in control.

Here’s an aside for those who are interested in seeing how the Bible fits on the ground.  We’ve written previously about the Cave of the Patriarchs, the second-most venerated site in Judaism, which has indisputable historical ties to the text of the Bible and to Joseph’s family (drill deep into the hyperlinks contained in that post and you’ll see how Old Testament Scripture about the Hebrew patriarchs and matriarchs fits in Hebron).

The Bible tells us that Joseph was not buried with Abraham, Isaac, and Jacob, but that his bones were buried at Shechem in the tract of land that Jacob bought for a hundred pieces of silver from the sons of Hamor, the father of Shechem.

Shechem has a violent history, and violence continues to plague the site of Joseph’s tomb.  Here’s a 2009 video that documents recent events at the site from a Jewish perspective, and another from 2013 inside the tomb featuring Joel Kramer, a well-known tour guide and videographer (who’s not a Mormon).

This blog is topical and devotional--we post whatever interests us, whenever. If you want to follow in an orderly fashion, please see our Kaqexeß page. END_OF_DOCUMENT_TOKEN_TO_BE_REPLACED
This entry was posted on Saturday, January 25th, 2014 at 1:21 pm and tagged with Book of Genesis, Charles Dickens, Dualism, Joseph, Tomb of Joseph, veracity and posted in Topics. You can follow any responses to this entry through the RSS 2.0 feed.
« Shibboleths
An Evolutionary Creation: Oxymoron? »

2 responses to “End of the Beginning”