The Dalai Lama is Coming!

I play soccer with a group of friends at the College of William and Mary, where I work as an IT staff person.  At the end of one of our games, we were talking about the upcoming visit by the Dalai Lama to speak at William and Mary Hall, on Wednesday, October 10.   There were several jokes about strange Eastern religious customs and how hot it would be to wear a monk robe all day long.  One made a sly remark about attaining “enlightenment” from the marijuana fumes rising up from the crowded Kaplan Arena this coming Wednesday from smuggled-in contraband.   This is a big deal event for the College, with several thousand tickets sold out within minutes to hear the venerable representative of international Buddhism.  So what is the big deal about the Dalai Lama?

Actually, Tenzin Gyatso is the 14th reincarnation of the Dalai Lama, according to Tibetan Buddhist tradition.   For hundreds of years, an unbroken line of spiritual teachers in Tibet have instructed the Buddhist faithful.  But the Dalai Lama is more than a religious leader position, it is also a  political role, unifying all of the Tibetan region north of the Himalayan mountains in Asia.  So when Communist China invaded Tibet in 1950, it put the current Dalai Lama into a difficult situation.   After a failed uprising against the Chinese in 1959, the 14th Dalai Lama fled and established a government in exile in India.  The United States government has at times given support to the Dalai Lama’s efforts on behalf of the Tibetan people during the past fifty years.

Over those years, the exiled Dalai Lama has served as an international ambassador  in the West for Buddhism.  There are Four Noble Truths of Buddhism:  (1) all of life is suffering, (2) all human desire leads to suffering, (3) the annihilation of desire releases us from suffering, which is enlightenment, and (4) there is an Eightfold path  to that enlightenment; that is, right view, right intention, right speech, right action, right livelihood, right effort, right mindfulness, and right concentration.  Buddhism, however, is not a monolithic movement.   The Dalai Lama represents part of the  Mahāyāna tradition.  But the most popular form of Buddhism in the West is a more concentrated variant, Zen Buddhism, first propagated largely by the famous Japanese philosopher,  D. T. Suzuki, in the early to mid-20th century.  Oddly enough, Buddhism is considered by many to be a “religion” but the more philosophical traditions are  technically atheistic.   Even so, there are syncretic flavors that combine animistic beliefs with traditional Buddhist philosophy.    The study of Buddhism can get very complicated very quickly.

The Dalai Lama is almost like a “rock star” in the religious world, drawing large crowds wherever he goes.   He has been a strong advocate for “Buddhist-Christian” dialogue.   He has visited many Christian communities throughout the world, remarking on the many similarities between Buddhist and Christian practice, particularly in the realm of  “spiritual disciplines”, such as meditation.   The Dalai Lama has said that you can go to many Christian monasteries in the world and they use pretty much the same type of meditation techniques that you will find in Buddhist monasteries.  However, the Dalai Lama also says that the philosophies behind Buddhism and Christianity are very, very different.   Nevertheless, he optimistically believes that there is a way to reconcile these differences philosophically.

Has His Holiness rightly understood the relationship between Buddhism and Christianity?  Vishal Mangalwadi, an Indian Christian theologian, has written extensively about his native Hinduism, but since Buddhism has its roots in Indian culture there are profound similarities.   Mangalwadi argues that the fundamental difference between the Eastern faiths and Christian faith is more than simply philosophical.   Comparing Buddhism and Christianity is  like comparing apples and oranges.   These different faiths address different problems and likewise offer different solutions.   Mangalwadi suggests that while religions like Buddhism and Hinduism look at the problem of salvation as a metaphysical problem, the message of Christ approaches it is a moral problem.   To put it differently, one way considers salvation fundamentally as a question of correcting false views of reality.   The other way approaches it fundamentally as a question of mending broken relationships, particularly in addressing and healing human alienation from the Creator.

So why does the message of the Dalai Lama draw so many people?  One thought is this:   many people have grown up  in our churches today but never really experience the reality of knowing Jesus.   They have never meditated on the love and beauty of the Saviour, and they never find themselves drawn into that tender and intimate place of knowing the One who suffered for us,  the One who shares in the depths of our alienation from the Creator who longs to embrace us.   Instead, there are many who have found our churches or their own inward life to be spiritually vacant and so they look to “the East.”

The famous Hollywood actor, Brad Pitt, has a story like this.  Brad Pitt once grew up in an evangelical church home in Missouri.   In several interviews, Pitt laments that he found his Christian upbringing “very stifling”.    One of the highlights of Pitt’s film career was his lead role in the 1997 film, “Seven Years in Tibet”, a movie where a much younger Dalai Lama plays a prominent spiritual role in helping to transform Pitt’s film character.

Raised a Baptist – Now a Buddhist

This is an important insight to have in our apologetics.   It is very easy for a Christian to quickly dismiss an interest in Buddhism or other Eastern faiths as esoteric at best or even demonic at worst.    Often our effort to reach our neighbor with the Gospel needs to recognize that if someone is drawn to look into Buddhism that there is probably a real sincerity  to experience God, but that such a spiritual quest is perhaps misdirected.    It takes great patience and  humility to gently show such a person the path towards Christ.

If you meet a “fan” of the Dalai Lama who appears confused about the Christian faith, you could ask  why that person finds the Dalai Lama so intriguing?    If someone you know has made a study of Buddhism, ask them to tell you what they have learned.   Perhaps the most attractive quality of Buddhist meditation is that many practitioners find meditation to be very therapeutic.   It makes people feel better.   Since Christians know that Jesus is the “Great Physician”, it is difficult to find fault with this.  Furthermore, many Christians discover that there is a wealth of “spiritual disciplines” already within biblical faith that are therapeutic as well.  Scripture meditation (Psalm 1:2), scripture memorization (Psalm 119:11), fasting (Matthew 4:1-4), and contemplative prayer (1 Corinthians 14:15) are prime examples.   One does not need to look to “the East” to find a spirituality that heals.  If Christians have a concern about the legitimacy of some spiritual discipline that “sounds Eastern”, they should have the confidence to know that God has given us His Word to guide us in all manners of spiritual growth and keep us on the right path (2 Timothy 3:16-17).

Apologetics isn’t simply about having the “right answers”.   It is also about experiencing a rich and deep encounter with Christ that you can share with others.   Nevertheless, the bottom line in our conversations with the Eastern seeker is not whether Buddhism is therapeutic or not, but is it True?   Is Truth primarily a form of spiritual discipline or a philosophy, or is Truth a Person?   Is Truth about having a spiritual experience as an end in and of itself, or is Truth about relating to the God behind that experience?  A biblically-informed Christian knows that the answer is the latter.

Ultimately, the Gospel requires someone to come to Christ in a spirit of confession and repentance.  But that spirit must begin with us.   If we are not able to come to Jesus in confession and repentance and know the God who forgives us, it will be extremely difficult to persuade the Eastern seeker to come to the foot of the Cross.   Are we the sweet aroma of Christ to those whom God is using us to reach (II Corinthians 2:15)?

Thomas Merton, a Trappist monk, corresponded with D. T. Suzuki in the mid-20th century. Merton was considered to be the most important interpreter of Zen Buddhism to a Western audience aside from Suzuki himself.

A good resource to help Christians understand the challenges of Eastern Religions in general is Ravi Zacharias, the Indian apologist who visited the Williamsburg Community Chapel several years ago.   Ravi’s book Jesus Among Other Gods has been used in several Vine Life classes at the Chapel, along with an accompanying set of videos available in the Chapel Resource Center:  Ravi Zacharias International Ministries

A good readable introduction to Zen Buddhism in particular is Thomas Merton’s Zen and the Birds of Appetite.

If you want the really advanced stuff and like listening to MP3s, search on the web for Ellis Potter. Potter  is an Ex-Zen Buddhist who formerly worked at L’abri Fellowship in Switzerland: Ellis Potter MP3 Resources/

The College of William and Mary is planning to stream the Dalai Lama’s visit live beginning at 2pm on Wednesday, October 10 from http://www.wm.edu/sites/dalailamavisit/

On Veracity, we have a series of blog posts that cover the issue of religious pluralism in general from the perspective of doing Christian apologetics. If you are intrigued by what you read here, the arguments are spelled out in more detail in #1, #2, #3, and #4. 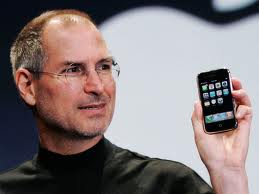 This blog entry written using a computer designed by this man, the late Steve Jobs. Many consider Jobs’ genius to be partly a result of his adherence to Zen Buddhism.

Clarke Morledge -- Computer Network Engineer, College of William and Mary... I hiked the Mount of the Holy Cross, one of the famous Colorado Fourteeners, with some friends in July, 2012. My buddy, Mike Scott, snapped this photo of me on the summit. END_OF_DOCUMENT_TOKEN_TO_BE_REPLACED
This entry was posted on Monday, October 8th, 2012 at 12:09 am and tagged with Christianity, Dalai Lama, religion, veracity and posted in Topics. You can follow any responses to this entry through the RSS 2.0 feed.
« Who Is Jesus?
Cave of the Patriarchs »

9 responses to “The Dalai Lama is Coming!”