My all-time favorite “Jesus” movie is undoubtedly Franco Zeffirelli’s 1977 Jesus of Nazareth. A close runner-up would be the Campus Crusade for Christ 1979 movie, the “JESUS” film, which is probably the most widely viewed film in all of human history, translated into literally hundreds of languages. Not too shabby.

In recent years, there has been Mel Gibson’s 2004 The Passion of the Christ. Now, this year there is Mark Burnett’s and Roma Downey’s Son of God, adapted from 2013’s miniseries, The Bible.

Jesus movies are never without criticism. Zeffirelli’s ancient Palestine Jesus had baby blue-eyes and a British accent, not something necessarily in the Gospel narratives. Zeffirelli was upset with Gibson’s portrayal of the Jews as being the primary party responsible for the death of Jesus. The JESUS film, perhaps the most “literal” of them all, was based on the Gospel of Luke, but the story did not always flow well together at times. I have a few friends that refuse to go to see Jesus films because in their view these films violate the Second Commandment by portraying an image of God that could easily be mistaken for the real Biblical Jesus.

But I like the Jesus film genre mainly for one reason… it is a great opportunity to talk with friends and neighbors who have seen the film about the Jesus of the Bible. If God can use these films to encourage people to dig into the Scriptures themselves, then despite their faults, I think they are worth it. So, if you are thinking of going to see Son of God, consider taking a friend or neighbor, and then go grab some coffee or ice cream afterwards and ask them what they thought about the movie. But do not just stop at that: then ask them if the movie lines up with what is found in the Bible. You never know how God might use that conversation.

Ben Witherington is one of evangelicalism’s finest New Testament scholars, and he his written a very helpful review of the new Son of God movie from the viewpoint of someone with exceptional expertise in New Testament scholarship. Witherington teaches at Asbury Seminary, a Wesleyan school in Kentucky. If you are unfamiliar with Witherington, you might want to glance at his approach to studying the Bible: “A text without a context is just a pretext for whatever you want it to mean.”

Isaiah and the Servant

As a young believer in Christ, I basically thought that the New Testament message that Jesus is the Suffering Servant Messiah was a no-brainer. So, I was always rather frustrated as to why modern day Jews will not simply accept Jesus as their Messiah and become Christians. I mean, is it not obvious?

Well, if you ever get to know an Orthodox Jew, you might learn that the New Testament claim about Jesus is not so obvious. The New Testament does teach this Truth, but you really have to work with the Old and New Testament texts to get at it. It is very subtle.

However, the most subtle things in life often become the most important and life changing. The following post on our church’s Lenten series blog lays out the challenge…. 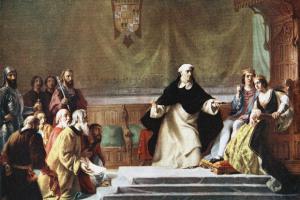 I have been privileged over the years to have some Jewish friends, particularly of the Orthodox variety. I am still learning quite a bit about Hebrew ideas and culture. I try not to say Old Testament around my Jewish friends, as this might put up some barrier, so I talk of the Tanakh instead. I share about the current season of Lent, but I also inquire about the coming Passover.

It was news to me when I learned that the reason why Jews reject Christianity is not so much because of fears of anti-semitism. Instead, Jews reject Jesus as the Messiah because they believe that Christians have the Bible wrong.I recently heard that many Jews look at Christians pretty much the same way many evangelical Christians look at…

The Pulpit and the Pew Mini Series

Allow me to introduce a six part mini series entitled, “The Pulpit and the Pew: 6 Cultures bringing the American Church to its knees.”

Part 1: The Culture of Swagger without Substance

Today, all around America, there is a lot of swag going on in pulpits of every denomination and every church. We even have what some call – “hipsters and celebrity pastors.”  There is a culture of swagger in the pulpit but there is not enough substance to back it… 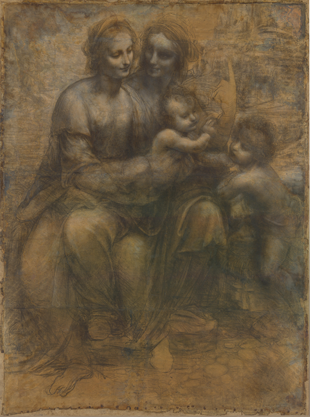 The Virgin and Child with Saint Anne and Saint John the Baptist, Leonardo da Vinci, c. 1499

Today’s Lenten devotional by N.T. Wright (Week 2, Wednesday), focusing on Matthew 11:1-19, explores the character and mission of John the Baptist, and the love of our Lord.

Two Gospel writers (Matthew and Luke) relate the account of John the Baptist sending his followers to ask Jesus if He was indeed the true Messiah. So John had doubts when the heat was on. Got it—he was human.

In response, Jesus cited His miracles as proof of His messianic authority. (You can’t get away from the purpose of miracles in the Bible.) But Jesus went further than merely answering the question—he set John the Baptist apart as the greatest man born of women. He recognized John’s doubt, addressed it, and restored John’s reputation. That grace in the face of doubt reveals how…

Leave a comment   |  tags: John the Baptist, The Gospels, veracity | posted in The Gospels

I was a senior in high school when Carl Sagan entered my world on a PBS NOVA special, associated later with the memorable catchphrase, “Billions and billions“.

Carl Sagan had an incredible love for science, and he was a genuine humanitarian. It was Sagan’s imaginative vision that partly inspired me to pursue a science-related career. However, it was not until I had grown further along in my walk with Jesus when I finally realized how much Carl Sagan had bought into the tragic line that pitted a love for science and the world we live in against a belief in the God of the Bible.

Thirty-four years later, one of Sagan’s students, Astrophysicist Neil deGrasse Tyson, is attempting to remake the famous Cosmos series for a contemporary, 21st century audience, Cosmos: A Spacetime Odyssey. Tyson has all of charm and imaginative vision of a Carl Sagan, but he sadly also has the same misguided view that Christian faith and science are irreconcilable. If you do not believe me, you need to view this Bill Moyers interview with Tyson, and then read my initial review of the first episode of the new Cosmos series….