Pocahontas and the English Boys: A Brief Review

In early 17th century Jamestown, both the English and Native Americans used children to try to improve inter-cultural relations between the two groups. Young people were able to pick up new languages more quickly than adults, and such young people proved to be a useful means of acquiring information about the other side. But often, they had divided loyalties, which could put them in difficult situations.

In Pocahontas and the English Boys: Caught between Cultures in Early Virginia, Historian Karen Ordahl Kupperman tells the story of four such young people, three of them English boys who lived among the Native Americans, and Pocahontas, the prized daughter of Powhatan, who became fascinated with the English, and lived among them. 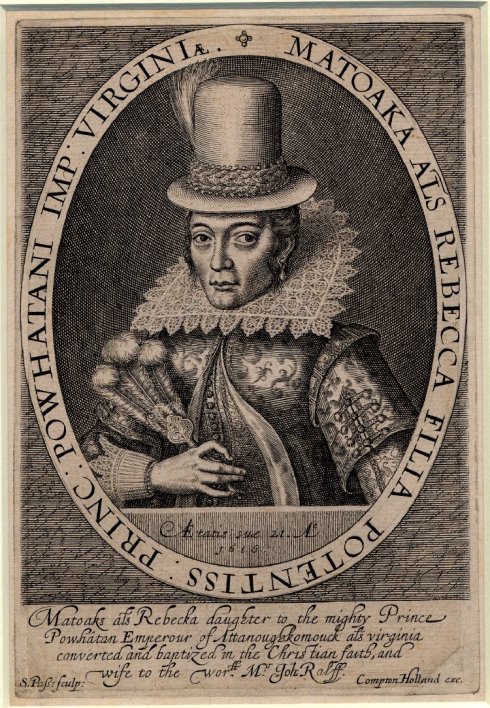 Portrait of Pocahontas by Simon van de Passe, in 1616, when she made her journey to England. This was within about a year, prior to her death.

As a Christian interested in the history of missionary movements encountering Native Americans, I was particularly drawn to the story of the young Pocahontas. Thankfully, Kupperman dispels the falsehoods promoted by Hollywood filmmakers, who would have Pocahontas engaged in a romantic affair with the English adventurer, Captain John Smith.  John Smith, who in 1607 was about 29 years old, when he was “rescued” by Pocahontas, estimated that the young princess was a mere 10 years old at the time, making it highly unlikely that such a romantic affair would have taken place.

Instead, Kupperman details how the two eventually parted ways shortly, when Smith was injured by a gun blast, and he returned to England. As Pocahontas grew older, she spent quite a bit of time with the English at Jamestown. But her status as a “go-between” was exploited by the English, as she was used as a bargaining chip, in sometimes tense relations between the culturally different groups.

Nevertheless, Pocahontas, whose real Indian name was “Matoaka,” became quite attached to the English at Jamestown. By 1614, Pocahontas was learning about the Christian faith from the Reverend Alexander Whitaker. Like other Puritans, with a strong evangelical Christian conviction, Whitaker took a great interest in sharing the Gospel with the teenage Indian princess.

Pocahontas soon “renounced her country Idolatry, openly confessed her Christian faith, [and] was as she desired, baptized,” taking upon herself the Christian name, Rebecca, given to her by Whitaker.

It was quite fitting for Pocahontas to have the name Rebecca, as a young English settler, John Rolfe, desired to marry her, as she was about the age 17, at the time of her conversion to Christ. But Rolfe had been troubled by the question of intermarriage, and yet the story of Rebecca, from the Bible, proved comforting.

In Genesis 24, Abraham sought to find a wife for his son Isaac, but it was forbidden for Isaac to marry a Canaanite woman. So, Abraham arranged for a servant to go back to Abraham’s homeland, to find a wife for Isaac. Rebecca was accepted as a suitable match for Isaac, and a promise was given that she would have many descendants. A marginal note from the Geneva Bible, that Puritans would surely have read from the story, gave the comfort that Rolfe sought for, “Here is declared that God ever heareth the prayers of his, and granteth their requests.” 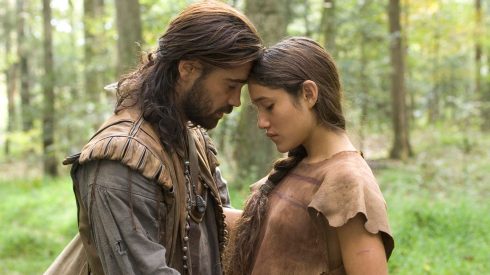 Terrence Malick’s 2005 movie, “The New World,” filmed just a few miles from my home, plays with the grossly, historically inaccurate idea, that Captain John Smith had a romantic affair with Pocahontas, the young Indian princess. As she was only 10 years old at the time, Malick’s storyline distorts and obscures a far more interesting story. In Pocahontas and the English Boys, by historian Karen Ordahl Kupperman, a far more compelling and accurate story is told.
(Photo by Merie Wallace/New Line/newline.wireimage.com)

John Rolfe and Pocahontas Rebecca were married, and soon had a male child. Her Native American background was exceedingly useful, as she helped Rolfe discover the best way to grow tobacco, that eventually led to Virginia becoming a major exporter of that crop.

Rolfe was convinced to take Pocahontas back to England, so that others in England may learn of the Indian princess. There in England, she even had one more opportunity to meet Captain John Smith again, and she insisted on calling Smith as “father.” But tragedy struck when Pocahontas became ill and died, early in the journey back towards Virginia. She was buried in England, and John Rolfe was convinced to leave his son with a relative in England, as there were concerns about the child’s ability to endure the long sea voyage back to America.

It is a short story, with many details still remaining unknown, but it is quite remarkable to think that Pocahontas was one of the first Native Americans converted to the Christian faith, through the missionary efforts of English Puritans. Kupperman’s Pocahontas and the English Boys about Pocahontas, and the other stories of the English boys, gives readers an illuminating glimpse into the challenges faced when two such vastly different cultures come in contact with one another.

For more Veracity blog posts about Jamestown, see Jamestown: 1619 Remembered, Josephus and the Werowocomoco Effect, Jamestown and the first(???) Thanksgiving dinner, and take a trip on the Pocahontas ferry, at Jamestown, and listen to John Paine talk about the Historic Jesus.

Clarke Morledge -- Computer Network Engineer, College of William and Mary... I hiked the Mount of the Holy Cross, one of the famous Colorado Fourteeners, with some friends in July, 2012. My buddy, Mike Scott, snapped this photo of me on the summit. END_OF_DOCUMENT_TOKEN_TO_BE_REPLACED
This entry was posted on Saturday, January 25th, 2020 at 6:00 pm and tagged with Pocahontas and posted in Witnesses. You can follow any responses to this entry through the RSS 2.0 feed.
« Notable Deaths: R. Scruton, C. Tolkien… and J. Van Impe
Sarah Osborn’s World #2 »