Hey Jude, Who is this Son of Man? 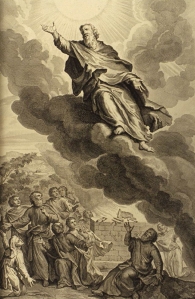 Jude is one of those obscure little books. Just one page in most Bibles. Whenever I glance at it, I want to sing with the Beatles, “Na na na, na-na na na. Na-na na na, hey Jude!” Often overlooked, the Letter of Jude references a critical key to help unlock the mystery of Jesus as the Son of Man.

It was also about these that Enoch, the seventh from Adam, prophesied, saying, “Behold, the Lord comes with ten thousands of his holy ones, to execute judgment on all and to convict all the ungodly of all their deeds of ungodliness that they have committed in such an ungodly way, and of all the harsh things that ungodly sinners have spoken against him (Jude 1:14-15 ESV).

The funny thing about this is that you will search your Bible in vain for this prophesy from Enoch. Enoch is only mentioned a handful of times in the whole Bible, such as in Genesis 5:24:

Enoch walked faithfully with God; then he was no more, because God took him away.(Genesis 5:24 ESV)

Pretty brief. Pretty curious, too. Pretty much leaves a lot open to the imagination. So, what is up with this Enoch, who just disappears, and what does he have to do with Jesus as the Son of Man?

In 1773, a Scottish version of Indiana Jones, James Bruce, recovered a copy of the Book of Enoch during an expedition in the Middle East. Bruce had stumbled upon the text that Jude was supposedly quoting in his New Testament letter. Scholars note that there is not an exact match for the quote, but still fairly close. There is a lot of mystery surrounding the Book of Enoch.

What we do know now is that the character of Enoch inspired a lot of Jewish, and apparently Christian thinkers, to imagine what might have happened to Enoch after he disappears in early Genesis. You can think of the Book of Enoch as a type of “theological fiction”. The basic theme is sound, but there are a lot of embellishments throughout the story, which can be off-putting for some readers. Christian booksellers try to promote books like this all of the time, ranging from recent popular hits like William P. Young’s The Shack, to more classic works like C. S. Lewis’ Chronicles of Narnia. These books should never substitute for the Bible in the Christian’s devotional life, but they may aid in our understanding of what God wishes to teach us. Because of the speculative and sometimes contradictory nature of the text, the Book of Enoch never made it into either the Jewish or Christian canons of Scripture. But some of the ideas articulated in the text express concepts consistent with inspired Scripture that were current among first century Christians and Jews.  This explains why Jude references Enoch in his letter. Jude is not endorsing all of the Book of Enoch as Scripture, just a particular idea from Enoch that serves his purpose in writing the letter. 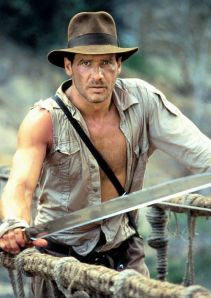 “Excuse me, but you wouldn’t happen to have a copy of the Book of Enoch sitting around? I know of some students of Christian apologetics who might be interested in looking at it.”

Yet what is critically important for Christianity about the Book of Enoch, technically considered as 1 Enoch, concerns what it says about Daniel 7’s concept of son of man, discussed earlier on Veracity.  Who is this son of man? Well, according to the Similitudes (or Parables), in sections 37-71 of 1 Enoch, the son of man is essentially equated to being the Messiah, or “Righteous One”. Modern scholarship has shown that Jewish messianic expectations even by the early first century A.D. were rather vague and speculative.   True, there had been several scattered prophecies anticipated in Jesus’ day for some messiah figure in the manner of a King David (see Psalm 2).   But before we get to 1 Enoch, we do not have any clear evidence that ties Daniel’s son of man to the Messiah outside of the Gospels. Then with Enoch and other first century literature in contrast, the idea of the son of man as messianic figure stands out greatly.

So when Jesus is talking about Himself as being the Son of Man, this would have fed into the emerging first century Jewish mind and expectations for the Messiah.  The tricky thing about the Book of Enoch is that we do not know exactly when the text was written. The Similitudes sections of the book were not found among the Dead Sea Scrolls, though some other parts of Enoch were.  So was Jesus the first to connect Son of Man with “Messiah”, or did writers like Enoch’s author set the stage for Jesus?   New Testament scholars appear to be divided on this question, but most agree that the contribution of Enoch is nevertheless crucial to understanding Jesus from a source outside of the New Testament.

So, who is this Son of Man, this teacher and healer from Nazareth? The prophesy of Enoch demonstrates that such a Son of Man is on the messianic mission, and this idea would have been part of the mental furniture of early first century Palestinian Judaism, even if Jesus was the first to make such a claim.

Far from being an invention of the early Christian movement, as many skeptics suggest, the claim that Jesus as Son of Man was indeed the Messiah goes straight back to Jesus Himself. But aside from the evidence of Enoch about the Son of Man, Jesus was not the only one attached to a messianic claim in first century Palestine. There were quite a number of individuals who all claimed to be the Messiah back then. What makes Jesus different?

For the follower of Jesus of Nazareth as the Messiah, the proof is in the Resurrection. All of the other messiahs ended up being killed. No one follows a dead messiah. They only follow a living one. Unlike no other, this one unique Son of Man is truly God’s Chosen One.

But where do Christians make the connection between being the Son of Man, the Messiah, and being God in human form? We will explore this idea in future Veracity blog posts.   In the meantime, let us be thankful that even though Jude does not give us a full endorsement of the Book of Enoch, Jude at least points us in the right direction of better understanding who Jesus claimed to be.

For more detail about the Letter of Jude and its relationship to Enoch, look here.

Further academic research into the Son of Man and Jewish expectations for the Messiah can be found in James Dunn’s Christology in the Making and N. T. Wright’s The New Testament and the People of God.

Unfortunately, I do not know of any song for “Enoch”, but let’s end off with the Beatles anyway, shall we?

Clarke Morledge -- Computer Network Engineer, College of William and Mary... I hiked the Mount of the Holy Cross, one of the famous Colorado Fourteeners, with some friends in July, 2012. My buddy, Mike Scott, snapped this photo of me on the summit. END_OF_DOCUMENT_TOKEN_TO_BE_REPLACED
This entry was posted on Thursday, March 28th, 2013 at 5:40 pm and tagged with Book of Jude, Christianity, Enoch, Genesis 5, Son of Man, theology, veracity and posted in Apologetics. You can follow any responses to this entry through the RSS 2.0 feed.
« Crisis at Marburg
Now the Green Blade Rises »

3 responses to “Hey Jude, Who is this Son of Man?”